Celebrating 25 Years of Mercedes-Benz in India

The morning started with the burble of massive eight-cylinder engines, a grand excess of chrome, and encounters with automobiles of an era long gone. The best of the sixth edition of the Mercedes-Benz Classic Car Rally (MBCCR) was witnessed on November 10 in Mumbai at the Sofitel.

Over the last six years, participation in the rally has grown multifold despite the limited number of vintage and classic Benzes that were imported into India. What has also grown is the sheer variety of classic Mercedes on display. The first edition of MBCCR only witnessed two 170V models. This year, there was nearly everybody style (including a rare roadster) of the 170V in attendance, with a 230L Pullman for company. Also, part of the 2018 edition of the rally were stars such as a 1958 300 SL Roadster, a 1914 Benz Runabout, which is the oldest surviving Benz in India, and a couple of Adenaeurs. (Please provide the 2019 data as this refer to 2018) 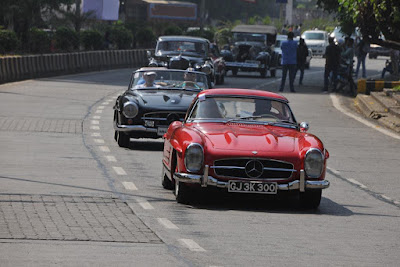 A 1929 W08 Nurburg and an extremely rare 500 K roadster were among the immaculately maintained gems that were the part of this event that has revitalized the classic Mercedes scene in the country. Autocar displayed some of the most prominent Mercedes–Benz models over the last 25 years, which have already become collectibles, world over. Additional gems of the event were the Maybach 62, an SLS AMG Gullwing and Roadster, and the W124, the first ever Mercedes-Benz model to be made in India. Lined up alongside were every classic generation of the E-class and S-class in different body styles and the SL-class.
The event was graced with the presence of Mercedes collectors and classic car buffs Viveck Goenka, Chairman and Managing Director of the Express Group, Yuvraj Himanshu of Gondal, and industrialist Gautam Singhania. (Please confirm on this) 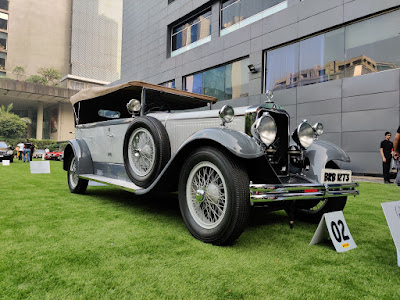 "The cars on display range from the Benz Patent-Motorwagen to the Maybach 62, so that's a century of cars from Mercedes-Benz. But, as importantly, the rally also represents the evolution of the motor car over the last 100 years," said Autocar's Perseus Bandrawalla, curator of the MBCCR.
Click on this link to watch a short film of the Mercedes-Benz Classic Car Rally over the years:
https://we.tl/t-94NaVObfVV
--
Posted by PadmaSabari at 05:48