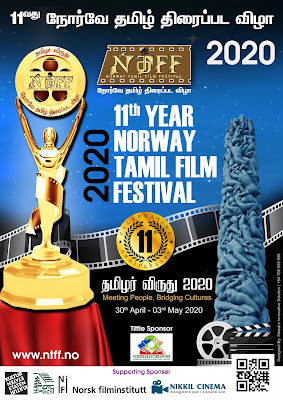 SUBMISSIONS ARE NOW OPEN!!
NTFF succesfully finished the 10th year and  gloriously entering the 11th year. among various film festivals NTTF has the recognition to select highly talented artists with a fair and rightful decision who we congratulate and praisse.
With a stamp of unique world tamils we have the catogeries tamil films and foreign language films which compete and the deserving entries get the prestigeos Tamilar Awards.NTFF is a universal platform for all the deserving films.
20 Feature films released in Tamil Nadu will be first analized by the NTFF Committee - Jury and the final list of result will be released on ON 15.01.2020
The closing date for the other catogeries  mentioned will be 15.01.2020
11th NTFF 2020 Categories:  Feature films from Tamil Naadu, Tamil Eelam and Diaspora, International films, Short Films, Music Videos, Documentary and Animation
For Application Form: https://ntff.no/submission-form/ 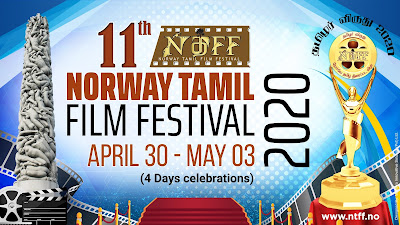 NTFF Jury and Committee will evaluate your film and announce the result on 25.02.2020, same will be published in NTFF webpage, follow us on Facebook for regular updates about NTFF 2020 event.
Posted by PadmaSabari at 20:18