Bhushan Kumar & Kartik Aaryan: The superhit duo!
Bhushan Kumar doesn't think twice before promoting fresh content or fresh faces in the industry. As an ace producer, he has bankrolled several projects and music videos introducing many big actors in the industry. And to many, he has brought them a new chapter of success in their lives. This year itself, Bhushan has helped Shahid Kapoor and Kartik Aaryan deliver the biggest openers of their career so far. Kabir Singh was a 20 crore plus opener and went on to do 280 crore at the box office.

Now, Pati Patni Aur Woh opened at Rs 9.10 crore making it Kartik's highest till date. In three days, the film has raked in Rs 35.94 crore, with Sunday collections growing by leaps and bounds to Rs 14.51 crore. Along with them, he is all set to produce the biggest dance action film Street Dancer 3D that releases on Republic Day weekend next year. The film stars Varun Dhawan and Shraddha Kapoor. 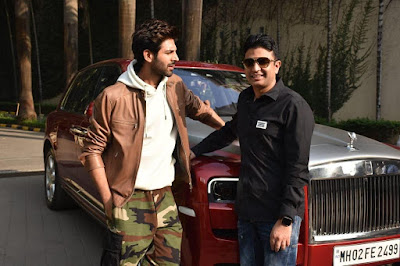 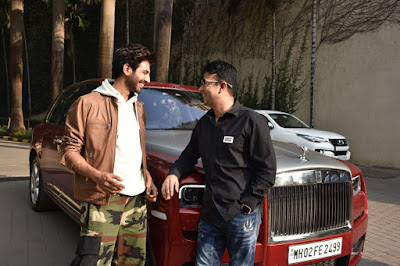 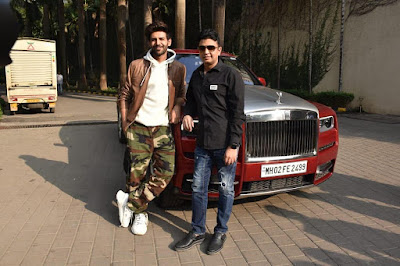 ‘’I feel happy when people tell me 'Kartik aapka hi ladka hai' says Bhushan Kumar. The producer is extremely happy working with these actors. Ask Bhushan about Kartik, and he says, “I remember watching the trailer of Pyar Ka Punchnama and I called Kumar Mangat and told him that ‘Is ladke mein bahut spark hai’. Being a music company, we always think ‘kis actor pe kaisa gaana chalega’. Some actors cannot enact in different kinds of songs. So, you have to be smart and make some item song and take the actor and just revolve it around him. However, there are actors who know how to do justice to a song or music, and we saw that with Kartik in Sonu Ke Titu Ki Sweety. Even in Luka Chuppi, the reason we could give many super hit songs was because I believed that Kartik could enact in those so well. A lot of times I have had people come and tell me, ‘Kartik toh aapka hi ladka hai.’ I feel happy to hear that. I think if an actor and a producer have a healthy relationship, then it benefits the film a lot.”
Bhushan also praises Kartik and Varun for their musical acumen. “Kartik and Varun (Dhawan) have a good idea about music. They are ready to listen to your inputs. They accept the fact that I know music, by the grace of God, better than them because of my experience,” says Bhushan.
Posted by PadmaSabari at 03:16