OYO’s Weddingz.in Wows Report 2019 reveals,
How India tied the knot this year
OYO’s Weddingz.in, India’s largest wedding company launched the first edition of Weddingz.in Wows Report 2019, a snapshot of how India tied the knot this year. Data collated between 01 January 2019 and 26 December 2019 reveals that among destination weddings, Goa topped charts as the most sought-after location, followed by other tourist hotspots such as Udaipur, Jaipur, Jim Corbett, Agra, Igatpuri and Lonavala. 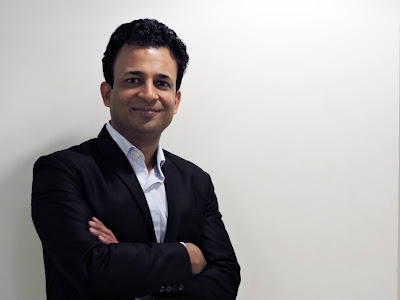 Another interesting finding revealed that Delhi and Mumbai saw the maximum number of weddings take place in 2019. However, the industry observed a huge gap in the kind of events preferred by both the metro cities. On one hand, Delhiites preferred a grand affair with lavish outdoor celebrations at a farmhouse or a lawn, comprising of elaborate rituals, decor and food choices. On the other, Mumbai opted to host simpler and elegant indoor wedding functions, with an inclination towards banquet halls.
Sharing his insights on wedding trends observed in 2019, Sandeep Lodha, CEO, Weddingz.in said, “This year has been extremely fruitful for the Indian wedding industry. We’ve observed that couples today are demanding a wide range of services to choose from, opting for an amalgamation of traditional and contemporary offerings and embracing new concepts. This opens up a huge opportunity for the industry. As far as 2020 is concerned, we will continue to keep consumer delight and satisfaction at the heart of everything we do. We will focus on widening our services, offer an omnichannel experience for customers as well as expand our footprint across newer cities in India.”
Weddingz.in Wows 2019 (Interesting trends)
Destination weddings of the year: Organising weddings at picturesque locations was a trend that took the entire segment by storm, and became a fad amongst new-age couples — working millennials. The most popular wedding destinations included beaches, especially in Goa. Among hilly locations, cities in North India including Shimla, Dehradun and Mussoorie were the most popular choices. For elaborate destination weddings that exhibit old world charm, forts in Udaipur and Jaipur proved to be the premier choice of consumers.
How millennial couples capture moments: Additionally, to add an extra oomph factor to their wedding celebrations, services like photography, videography and make-up emerged as the most demanded by to-be-wed Indian couples. Among photography trends, pre-wedding shoots, candids and traditional shots were on the rise this year.
Bride-in-command: Contrary to traditional times, today the bride is the primary decision-maker with a dominant say over the aesthetic requirements of her wedding, like the decor, stage requirements, etc. Interestingly, pastel theme decor was a hot trend in 2019, with most couples opting for subtle hues instead of the more traditional color schemes. Indian weddings are known to be week-long affairs, with several elaborate pre-wedding functions. In 2019, the traditional Mehendi function topped charts as the most held pre-wedding ceremony, closely followed by Haldi (including Chuda), Sangeet and Cocktail parties.
Weddingz.in guest lists in 2019: In the past couple of years, smaller and close-knit weddings have been the norm. This year, an average Indian wedding hosted 250 people. Among Weddingz.in executed weddings, the smallest guestlist comprised of only 50 guests, whereas the biggest guest list saw about 650 people attend an elaborate wedding.
Interestingly, 1st December, 2019 was the day maximum number of Weddingz.in couples chose to get married.
Posted by PadmaSabari at 22:53