Rio Raj-Ramya Nambeesan starrer “Plan Panni Pannanum” has found decorous reception for its title and first look motion poster. With a star-cast that includes the top league comedians and prominent artistes, Yuvan Shankar Raja composing music has become an extra mileage to this film, which is directed by Badri Venkatesh. While the film’s shooting was recently wrapped up, Yuvan Shankar Raja has now recorded a folk song crooned by Ramya Nambeesan. Niranjan Bharathi, great grandson of  Bharathiyar who had earlier collaborated with Yuvan for a Chartbuster song ‘High on Love’ in Pyaar Prema Kadhal, has written lyrics for this number, which has been filmed in Vagamon. 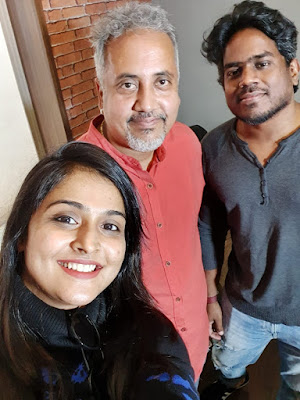 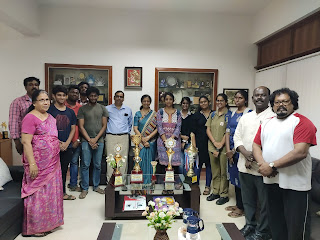 B. Rajashekar (Cinematography), Sam RDX (Editing), RK (Dialogues and AC Karunamoorthy (Story) are the other technicians involved in this project.
Posted by PadmaSabari at 20:48