Actor Surya's 'Soorarai Pottru' movie based on Deccan airlines owner G.R Gopinath's true story, directed by Sudha Kongara. This movie's single audio launch is being arranged in Chennai airport. This is the first time an audio launch is happening inside the flight. 70 children who are first time flyers from 'Agaram Foundation' will be also flying with Suriya and 'Soorarai Pottru' team. The single audio launch function is going to happen inside the flight while flying for 45 mins. 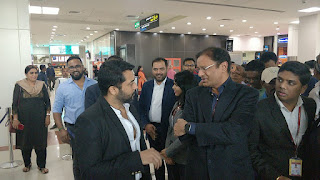 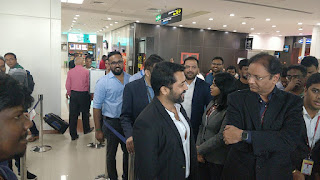 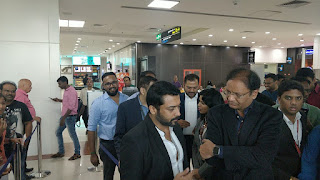 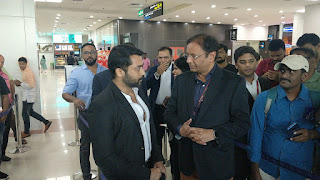 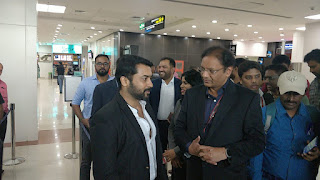 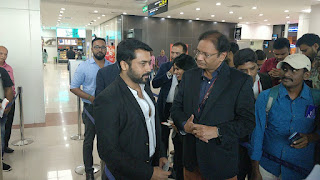 Model aircrafts are being arranged for the photo opportunity for those children and press media. President of SpiceJet Mr. Ajay Singh and Actor Suriya together will cut the ribbon before entering the flight and inaugurate the function.  The cabin crew members will be serving refreshments and water bottles for children and press media. Kids bag will be given for those 70 children. At 1.30 pm those chidren and press media will be flying in the Spicejet flight. The Single audio launch CD unwrap will be done by Spicejet president Mr. Ajay Singh and Actor Suriya. The AV song of 'Soorarai Potru' will be played in the flight. After the fly time Actor Suriya will be addressing the Press media.
Posted by PadmaSabari at 02:18