The rigor and vigour mode has been the choice of the  team working on the much anticipated Harish Kalyan - Priya Bhavanishankar starrer film whose title is to be announced soon.

From Day 1, the crew has invested their diligent efforts and high energy levels and they successfully celebrated the ‘Wrap Up’ party with shooting getting concluded yesterday.

Marking this milestone event, the crew had cut the cake and what added more flavors to the moment was Harish Kalyan’s treat for the entire crew and cast members, with delicious home-made Biriyani. 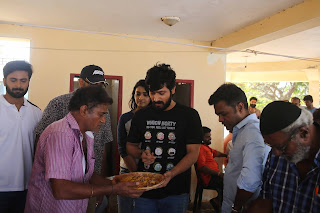 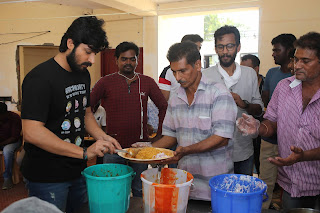 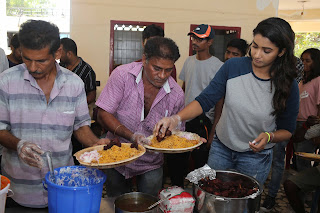 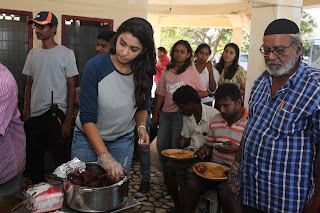 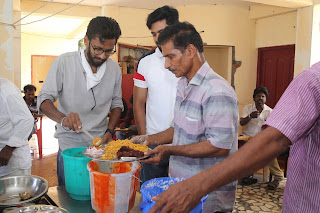 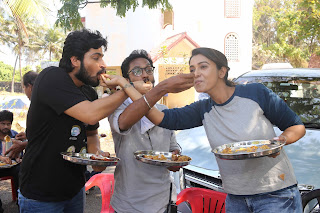 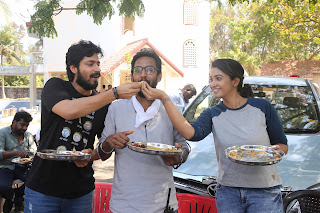 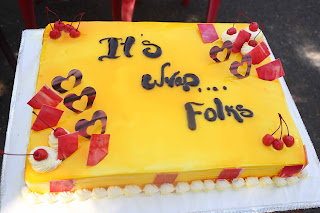 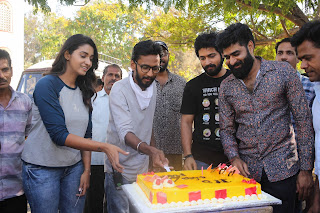 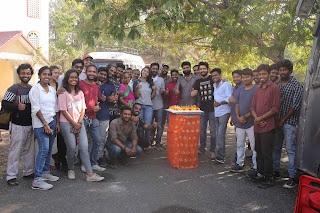 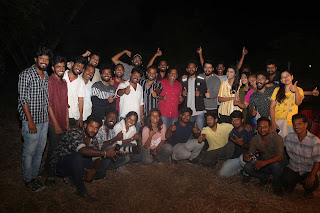 Director Kaarthikk Sundar says, “There’s a belief that the genre of the film will eventually have an impact upon the crew while shooting. Significantly, our movie being studded with the essence of feel-goodness, food, and fun has reflected on the crew as well.” He continues to jokingly add, “It looks like some of our crew members have become foodies now and eventually might start their own food blogs and YouTube food channels soon.”

Speaking about the experience of working with Harish Kalyan and Priya Bhavani Shankar, the director opines, “They are pure professionals and their dedication levels are extraordinary. Harish Kalyan is someone, who can effortlessly keep scoring big with chocolate boy roles, but the way he is trying to push himseld out of his comfort zone is commendable. Although this film is a Rom-Com, his character will reflect the boy in every home, who is inclined towards chasing his dreams. The female lead demanded someone, who embodies an aspirational and relatable woman who can emote with conviction and spontaneity.

Eventually, Priya Bhavani Shankar has proved it excellently. Moreover, a Tamil speaking heroine is always bliss for any director in our industry and I am privileged to work with her.”

Speaking about the film’s current status, director Kaarthikk Sundar adds, “We have completed the dubbing works for some portions simultaneously while shooting. The post-production phase will begin immediately and we will be making announcements on the first look along with title shortly. We are planning to release for Summer 2020.”

Produced by Mr. Koneru Satyanarayana of A Studios LLP and A Havish Pictures and production duties is being executed by SP Cinemas, this film tentatively titled as “Production No.2” is directed by Kaarthikk Sundar. Vishal Chandrasekhar is composing music for this film, the cinematography is being handled by Krishnan Vasant, the project is being coordinated by Murali Krishna.
Posted by PadmaSabari at 01:31