I love to make music videos which are more like a

“I love to make music videos which are more like a short film,”
Ammy Virk on his new song Main Suneya.
Songs have become the most important element in our lives ever since we all are in this worldwide lockdown. The giant music label T-Series is routinely releasing back to back songs on their YouTube channel. This preparedness of the label has surely helped them keep their consistency in releasing the songs and entertain the audience in the trying times. 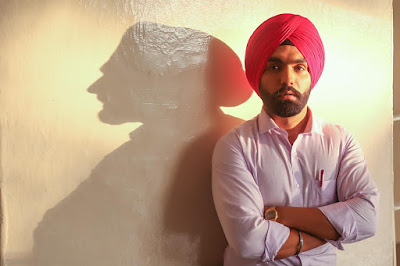 They have now collaborated with the heartthrob Punjabi singer and actor Amninderpal Singh Virk a.k.a Ammy Virk who garnered immense popularity for his song Qismat. T-Series and Ammy Virk will soon release their new song ‘Main Suneya’ which is a song that depicts heart-break. The song has a great storyline of two lovers who part their ways and later meet after years with an emotional twist in their lives.
Sharing about the song Ammy says, “Firstly, I feel lucky that I am able to entertain my fans during these trying times and for that, I thank T-Series for giving me this opportunity. ‘Main Suneya’ is all about love, mistake, betrayal, and realization. I always believe that as a singer I should make good music but I am an actor too, so I try and make the songs a visual treat for my audience. So, I love to make music videos which are more like a short film.”
He further adds, “Even though it is a music video, I always prefer to make it as a film, and in the video too we write ‘A Film By…’. The main reason people loved Qismat was its appealing storyline and I am sure that they will shower more love on Main Suneya once it is out.”
Featuring Ammy Virk and Simran Hundal, T-Series’ Main Suneya is releasing on 28th May. The song is sung by Ammy Virk, composed by SunnyVik Check Spelling, beautifully penned by Raj Fatehpur and it is helmed by director Navjit Buttar.
Posted by PadmaSabari at 21:17