Kabir Khan shares his thoughts on

Earlier this year, the makers of 83 started revealing character posters for all the members of the team that brought India into light in the world of cricket. 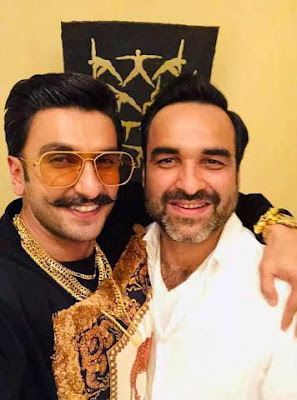 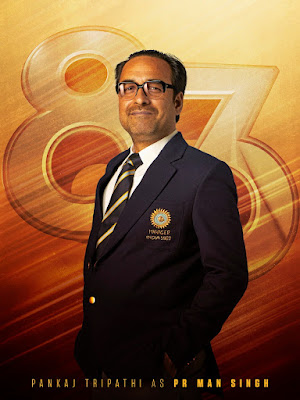 The character of reel life PR Man Singh is being played by none other that Pankaj Tripathi and talking more on the same, director Kabir Khan shares, *_“For long I have been an admirer of Pankaj Tripathi’s talent. He is one of the most versatile actors that I’ve come across and Pankaj as P R Man Singh in my head was the perfect match. The character of Man Singh is going to be a discovery for the audience. As manager, he was an integral member of the winning team of 1983 and the players often said to me that without Man bhai they would not have pulled it off. Needless to say, Pankaj has done a remarkable job in recreating Man Singh’s character.”_*

PR Man Singh played an essential role in India’s win at the World Cup. He was also managing the team during the 1987 World Cup where India reached the semi finals.

The 1983 World Cup win brought India into the light in the world of sports and the film, 83 traces the journey of ‘Kapil’s Devils’ into winning the most coveted title in the world of cricket.