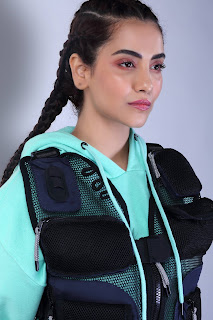 The actress who will be celebrating her birthday tonight in also ways of  being reborn as a musician  which she is proud to call Tia B, social media and her public engagement platforms  have now being updated to Tia B, along with the single from her album this song is based on Lockdown.


Tia B stands by her decision and says she would have  still chosen music eventually, as he has said no to multiple projects while working on her English album ''Upgrade'' since past one year.
The first single from the album will be ‘’Bon Appetit’’ and it will be her debut with an English song for the international market. 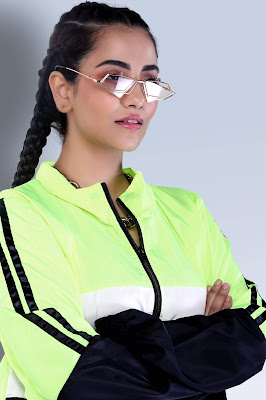 The official Music Video for the song is the first 3D animated Music Video in India.
The Video was created by the team of Capital Neon Game who had their team from USA and Canada to join hands with Tia B (Tia Bajpai)’s team from India.
The Video have featured a 3D version of Tia and is heavily inspired by the lockdown.
Tia coming out strong with her move says with clarity, "The path that I covered in the last one year during the course of rejuvenating my true self back together and working on the album which is a piece of my heart if not my soul."

The unavoidable question that it will raise has Tia's reply already in answer, the actress won't be leaving films or projects. Having finally the time and energy she would just prioritize music and focus on that because this was really an experience of finding herself, a truth Tia swears by.
The singer added, "I have always kept my head strong throughout my journey which began at the stage of Sa The Ga Ma. Everything that I have been blessed with has finally given me time to focus entirely on my album".
The story within the song will take you by breath.
Tia who has been the winner of Sa Re GA Ma and has acted in many super hit films,
has made this move after a lot of contemplation.
The lyrics of the song is also very personal and inspired by her real life and written by her self.
The music director of the song is Arian Romal and the song will be released on all digital platform and the Music Video will be on her official VEVO channel.
Arian Romal, the acclaimed musician and singer, has been known to make the most amazing renditions along with being the solo creator in his unique space in the country. He has worked with artists like Katy Perry, Lil Wayne and Pitbul, as their music producer who are the names amongst the top pop artist of the world.
Taking the opportunity Romal expressed his earlier plan which also got affected by COVID, sharing this now funny story, he excerpts, "I planned to work on a Indian film song project with Tia when I heard her vocals and I knew it at that moment that she is not only one of the best Indian singers, but she can be one of the best singer in the world. That’s why I decided to work on an entire album with her and bring her talent and voice out to the world."
Adding to the idea, Arians concludes that all the planning didn't help and right before the big day, the borders were sealed, hotels and itineraries paid in advance for. Hence they came up with the more hard pressing and relatable subject, which was ought to be Lockdown.
Posted by PadmaSabari at 23:07