How a country-wide lockdown in New Zealand helped

As the world journeys through this pandemic, Kiwis are unifying to shine light through kindness and compassion

New Zealand has fostered a strong sense of community where people come together in a time of need by creating a hopeful, positive environment for everyone. From friendly catch ups with animals in neighbourhoods, to assist and support communities in need, New Zealand has reacted with kindness and compassion to the daunting threat that looms over the world.

The trend was started by Microbiologist Dr Siouxsie Wiles who encouraged people to share stories of kindness on Twitter, under the hashtag #BeKind, a phrase coined by Prime Minister Jacinda Ardern as she addressed the nation in one of her speeches amidst the lockdown. Within a few days, various stories such as the ones below emerged on how Kiwis were helping one another in one of the toughest times encountered till date. 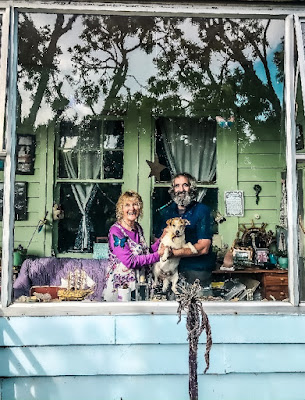 Nature used to be photographer Laire Purik’s muse. She thought it was all she needed to be inspired – wide-open spaces, lush countryside, the wild ocean. Laire, originally from Estonia had made Stewart Island her home four years ago, having never really taken photos of people. But when the four-week lockdown in New Zealand was announced, her perspective quite literally changed.

It all came quite naturally when Laire was saying goodbye to a friend whom she knew she wouldn’t see for a while. There was something about the way that friend was lit by the afternoon sun and framed by striped glass. “Stay there,” she told the friend, before taking the first photo in what would soon become a recurring series. Laire says she didn’t have big plans, but that first photo soon evolved into a project documenting the lives of Stewart Island during lockdown. She called it “Copeisolation”. 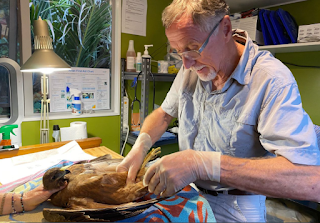 To add to that, Stewart Islanders started sharing them all around their community. On an island where tourism and fishing are the main industries, where there is only one shop and a pub, Copeisolation became a historical project capturing a remote part of the world during unprecedented times. Though Laire was apprehensive at first, not used to walking up to strangers, even in a small community, and asking to take their picture. “It changed my attitude to people,” she says. “Everyone had a story with how they were coping. That tiny island opened up even more to me.”

The project also helped get her out the door and appreciate the island even more than what she had. It helped her look at nature in a different light. She has fallen in love with the remoteness and the fact they don’t need anything there. Most of all, she has found a new muse. “Every person I photographed was an individual, like their own storylines,” she says. “It made me feel even more connected.”

Over his 40-year career as a vet, Bryan Gartrell has helped rehabilitate everything from Siberian tigers to snow leopards. He has worked in government departments, zoos and circuses. But over lockdown he found himself on his deck on Waiheke Island, as a volunteer, tending to a kāruhiruhi, a native bird with a hole in its beak.

The organisation’s centre itself was closed during lockdown, so Bryan, his neighbour Lorraine, and his son Sam, set about turning their deck into a makeshift clinic. “During lockdown work does not stop. We can’t just say ‘we aren’t working’.” So, they carried on through, helping everything from birds, like Holey, to kererū which had run into windows. The role is a culmination of a passion that still runs deep today. “We have a duty of care to look after our native species that are vital for our whole biosphere.”

During lockdown Bryan would sit on his deck with a cup of coffee and look out at the bush surrounding his home. One day, he saw 17 different types of native species. It was a vision of a future he has long hoped for.

“It was almost this Galapagos-type scene,” he says. “We have to look after these species because if we don’t, they will disappear.”  It’s that risk which drives Bryan’s passion for education. Bryan says he was buoyed by the number of people who started seeing native birds all around them during lockdown. He says those four weeks gave people time to slow down and observe. “It’s a starting point. I hope that appreciation remains.”