The five passengers on the Air New Zealand flight from Christchurch to Wellington had an attitude – and they liked to yell like juveniles who were being chaperoned and treated with the utmost care.

They were high-value clientele who had been bundled into two darkened wooden boxes, placed delicately inside the cabin of a near empty airplane, and transported far from where they were born. This was a different kind of contactless delivery.

The tūturuatu (shore plover birds) may have had reason to be grumpy, but it was also a race against time. During New Zealand’s level four lockdown, there was hardly anyone flying. The skies were quiet as the country settled into a new reality, where long-distance travel was only for “essential services”. But the survival of these birds, which usually soar under the radar of New Zealand’s national consciousness, was essential. 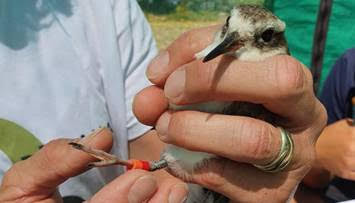 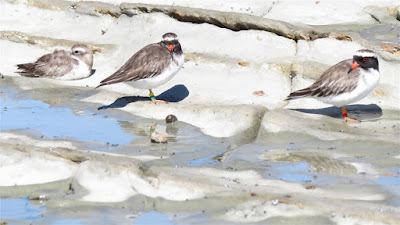 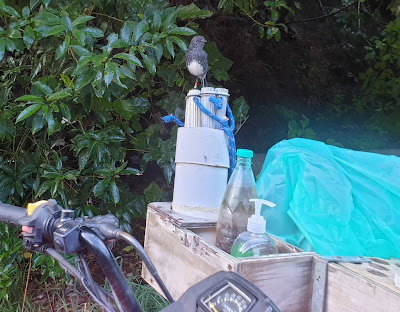 Only 250 of the little shore birds remain, making them one of the most critically endangered birds. They were first sighted in the early 1800’s on Cook’s second voyage. Unfortunately, by the 1870’s cats and rats had caused the birds to vanish from mainland coasts. For more than a 100 years, the remote island of Rangatira, in the Chathams archipelago to the east of the South Island, had the only known population.

“They are little birds with attitude,” says Dave Houston from The Department of Conservation “They are unique to New Zealand and they don’t really have close relatives as they are real Kiwi birds.”

“They are not shy,” Houston says. “They rush up to interesting things, like predators, to say hello. And they strongly defend their territories which is why they were on that lonely flight in the first place. When tūturuatu get older, they become like aggressive teenagers. With that come stress-related illnesses, so these teenagers needed their space.”

The Air New Zealand staff dutifully cared for them after which, they were picked up at the Wellington Airport and transported to the coast, where they hopped aboard a ferry and made their way to their new home, safe and sound.

The birds at Zealandia in Wellington also quickly settled into a new routine. In level four of the lockdown, there was nobody around. They had gone from seeing dozens of people a day, meandering through the wildlife reserve’s myriad paths, to only having one ranger going about their duties.

“We had to scale back to what were the bare essentials to make sure the wildlife was safe and well,” says head ranger Ellen Irwin.

It was not long after that these lone rangers started to notice something different in the behaviour of its inhabitants. As they were riding around the park on their quad bikes, they would have visitors – korimako (New Zealand bellbirds) and toutouwai (New Zealand robin) who were landing on the handle bars to say hello. “That has never happened before,” says Irwin.

“They were pretty interested,” says Irwin. “It's a pretty cool experience to have them land that close and check you out. The titipounamu (riflemen) would come down to eye level with the rangers as they passed.”

She also said it’s likely the change of place made the birds, curious. They may have become used to not seeing anyone in the valley during lockdown, so when a ranger did come through, it was something they had to check out. The phenomenon occurred across the country. Irwin says, “we received emails from all over New Zealand, from people who were revelling in seeing birds in their neighbourhoods.”

A quarter of New Zealand’s birds are found nowhere else on the planet and the country has become a world leader in bringing species back from the brink of extinction through a series of recovery programmes involving different styles of intervention. More than 30 percent of New Zealand’s land has been set aside in national parks, reserves and special heritage sites to preserve the country’s ecological heritage.

New Zealand is already becoming an ecosystem booming with the songs of rare birds and species on the planet. It’s arguably a tiny bright spot in a wash of conservation gloom, a sanctuary for a nation’s beloved species, and a place that proves Homo sapiens don’t have to only destroy nature – maybe they can create it, too.
Posted by PadmaSabari at 06:30