MS Dhoni goes ‘All In’ as he becomes the new face of PokerStars India
PokerStars India launches its latest campaign – ‘l’m In’ with the superstar
PokerStars India, one of India’s most popular online poker portals, announces India’s cricketing legend and ex-captain, Mahendra Singh Dhoni as its new brand ambassador. 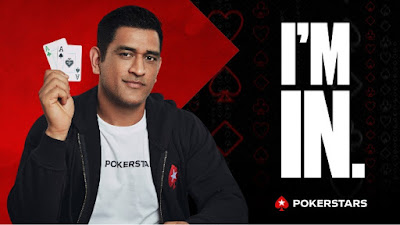 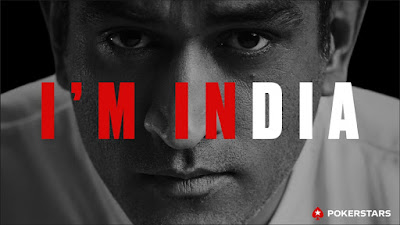 To mark his ambassadorship with the brand, MS Dhoni stars in PokerStars India’s latest campaign – ‘I’m In’. ‘I’m In’ celebrates the attitude of PokerStars and its players who are always seeking to challenge themselves and each other, jump into new experiences and learn new skills. People of all walks of life are welcomed by PokerStars to answer the call of the thrill and this features heavily in the campaign which includes three films starring the cricketing champion. Dhoni can be seen enjoying a game of poker with three unique personalities, while inviting others to join in the fun game of skill and thrills.

"I am excited to be associated with the PokerStars family. The thrill, the excitement, the pressure, and the competitiveness of it - these are just some parallels I can draw between poker and cricket. In the last few years there has been a change in the mindset of people when they think of online Poker. Online Poker like any game of skill requires one to be strategic and play responsibly. Slowly but surely it is being recognized as a sport that is fun and quick to learn but rich in its complexity. With this collaboration we hope to take online Poker to a larger audience.” said MS Dhoni when unveiled as PokerStars India’s new Brand Ambassador.

“It’s already well established that MS Dhoni, who has led India to many international victories, is one of the all-time cricketing greats. What is less known is that his Zen-like poise, combined with his ability to make fearless decisions, make him a perfect poker player and a truly valuable member of Team PokerStars India.  With MS Dhoni at its heart, the campaign showcases how poker is a game for absolutely anyone, a truly universal sport. We cannot wait to see the response of our audience and players across the country,” said Ankur Dewani, CEO, Sachiko Gaming.

For more information on PokerStars India log on to https://www.pokerstars.in/