After Kumki, Kaadan is being made on a huge budget with elephants playing central characters.

Being made in Tamil, Telugu and Hindi it is directed by Prabhu Solomon.

To get his act right, Rana has transformed his physique and chiseled it to perfection.

Produced by Eros, the first schedule of Kaadan was shot in Thailand with 40 jumbos. Later an elephant called Unni was used to shoot for next 60 days in Kerala.

Later, the movie was shot in Sadhara in Pune, Mumbai Film City and Karakar for 70 days. 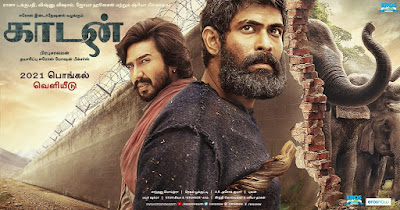 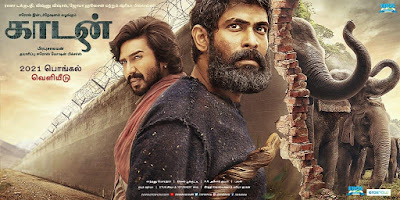 The crew shot the film in dense jungles, mountains with great difficulty. The grandeur can be enjoyed only watching it in big screen and hence the makers are keen to release the film in cinema halls.

The sound is designed for the mammoth project by Oscar winner Resul Pookutty.

After Baahubali, it was for Kaadan that Rana gave two years of call sheet.

Vishnu Vishal plays a pivotal role in the movie.

The mega movie will be out for 2021 Pongal in three languages - Tamil, Telugu and Hindi globally by Eros simultaneously.