"Vebbi cast gets qurantined and turns out to be  god gift for Producer and Director Mohammad Chand".

When the whole world was going through a tough time the renowned producer and creative director Mohammad Chand was preparing for his next big project ‘Vebbi’ which is a gift of the Quarantine season.
Mohammad Chand who has produced multiple short films made his silver screen debut as a producer with Acid in January 2020. He in an interview said, “I had decided to produce and be creatively involved in the Vebbi script from the time Acid was being shot.”
The shoot of Vebbi was a blessing in disguise as the cast and crew managed to shoot in the difficult times of Covid at locations such Chandigarh and Manali.
Chand adds, “our whole team was quarantined and had to stay put for 15 days before we could begin the shoot.” 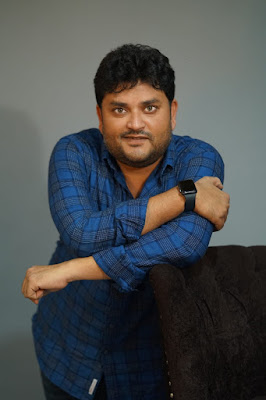 Having shot in Chandigarh with maximum ease and minimum crew following the guidelines of film association. Actors like  Qadir Khan Warsi, Sahil Brown, Pradeep Nagar, Edin Rose will be seen in pivotal roles and the project has been directed by Man Singh. ‘Vebbi’ is a thriller and suspense based show that will educate people and open their eyes to the current scenario of web.
Chand is a firm believer of strong competition and hence keeps his work at priority. Being a filmy child, Chand is all set to make a mark in a positive way. He just like his idols, believes in the content and not the medium.
“Vebbi is a one of its kind film as it has been shot under extremely challenging pandemic scenario. The intention behind Vebbi was to convert the adversity into an opportunity and create a cinematic delight for viewers. It is a film of Suspense thriller genre which explores the dark side of web that our generation in particular is facing. It’s a story about how convenience and luxury can turn from good to bad with just a click of your finger and the terror that it is capable of bringing in one’s life. Also, it portrays the complexities and grey shades of new age relationships.” Mohammad Chand
Posted by PadmaSabari at 02:36