Vijay Sethupathi and Aishwarya Rajesh Starrer ‘Ka Pae Ranasingam’ movie premieres on 6th November on ZEE5. Directed by P Virumandi, ‘Ka Pae Ranasingam’ was received well by film critics as well as the audience.Ka Pae Ranasingam is about a woman's struggle against political bureaucracy. Vijay Sethupathi plays the role of Ranasingam and Aishwarya Rajesh as his wife Ariyanachi. Ranasingam, a local activist in a small village in Ramanathapuram district dies in an unforeseen circumstance in Dubai. Ariyanachi was neglected continuously by govt officials as she tried to get his body back. Did she succeed in her efforts? 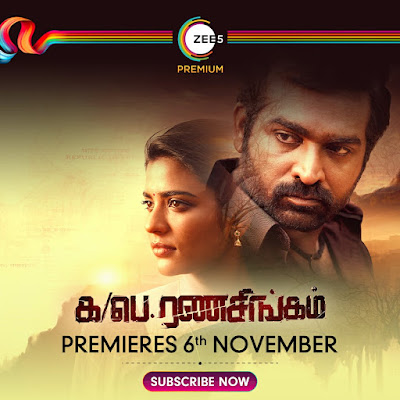