Hyderabad houses FLEX SPACE one of the fastest grwoing

Hyderabad houses 4.5 million sq. ft. of flex space; one of the fastest growing flex markets in the country: JLL

Hyderabad hosts 4.5 million sq. ft. of the total flex space stock in India and is one among the fastest growing markets in the country, according to a recently launched report by JLL, Reimagine Flexspaces A 360⁰ view.

The demand for flexible spaces in large cities such as Hyderabad is likely to grow, with businesses having a greater need to accommodate portfolio expansion and contraction along with crisis support. This indicates the inherent growth potential of the flex office market in India. 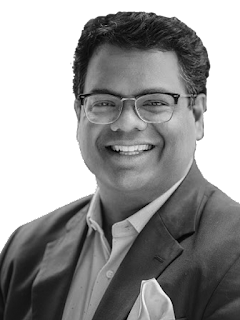 “Flex space operators provided organised workspaces with a lock-in-period of 1-2 years. Companies that have pre-leased with scheduled delivery over next 1-2 years have shown interest in such flex spaces to have their temporary offices. Apart from big MNCs, Hyderabad also houses many start-ups and small companies in the field of Consulting, IT, and logistics. Flex spaces have become financially feasible for such small players as well with low capex,” said Sandip Patnaik, Managing Director and Head (Telangana & Andhra Pradesh), JLL India

The flex space market in Hyderabad saw major traction from mid-2018 and peaked in 2019. Flex spaces accounted for 28% of total office space leasing in 2019 in the city. While flex spaces already enjoyed popularity amongst start-ups and small-sized companies, there has been an increased traction amongst large BFSI and IT-ITeS occupiers mainly as managed office spaces as well as incubation spaces. This supports the significant expansion by flex space operators in the city during the last 2-3 years.

As per a recent report by JLL strong signs of recovery were witnessed in the Hyderabad office market in Q3 2020 with a healthy gross leasing at 1.9 million sq. ft. At the same time, net absorption grew by 31% from the previous quarter to 1.5 million sq. ft. in Q3 2020.

The country is expected to witness deeper penetration, throughout 2021 and beyond, the flex space market is forecast to grow at a slower pace and more organically. Irrespective of several short-term disruptions and challenges, increased demand from large enterprises, will support the growth of the flex space market to more than 50 million sq. ft. by 2023. It is anticipated that flexible space will grow by an average of around 15-20% per annum over the next three-to-four years, although this trajectory will not be linear. Previously expected levels of new investment are unlikely to be seen, as operators look to solidify their existing operations and it is likely that certain operators will not be able to weather the storm.

As corporates return to the workplace, they are likely to further leverage flexible space to reduce capital expenditure and create cost savings, while allowing for split teams and de-densification requirements. Developments that initially drove the growth of the flex market, like the focus on utilizing workplaces to boost productivity and drive dynamic work cultures, enhance emphasis on employee health etc., will continue to influence the next phase in India.

“While the flex-space market more than tripled in the last 3 years, the momentum going ahead will be relatively slower. Players are likely to tread cautiously, and the overall market is expected to expand 1.5 times from the current size. At the same time, demand for flexible space is likely to remain resilient and we expect the size of the flex space market to cross 50 million sq. ft. by 2023, led by increased demand from larger enterprises,” Dr Samantak Das, Chief Economist and Head of Research & REIS, JLL India.

In the commercial real estate space, flex spaces have become synonymous with adaptability. As preferences evolve, a range of flexible space options have taken shape to suit changing business needs, including remote working. To respond to the current disruption, and to lay the groundwork to deal with what may be permanent changes for the industry, flex space operators have been agile and are recalibrating their business strategies. They are now laying a greater emphasis on profitability and evolving strategies to ensure stable occupancy levels in their flex space centres.

The densification trend that had emerged over the last decade will likely reverse with enterprises leaning on flexible office space to relax space density. Large enterprises might also look at splitting up their offices to reduce commute times and dependence on public transport. However, with expected economic uncertainty, companies will be hesitant to commit large capital to real estate. In terms of strategy, leasing directly to a third-party flexible space operator is the most widely adopted model. A partnership model allows both landlords and operators to leverage each other’s strengths. There are several ways to implement a partnership, with revenue shares and management contracts being the most common. Under the revenue share option, both parties split the upside. In the case of a management contract, the operator gets a fixed payment, while the landlord assumes all the leasing risk and enjoys the upside. Despite the benefits of this approach, partnerships are relatively less common in India for now.

What the future holds

The entry of more than 300 flex space operators into the country helped commoditize the market. Prior to the pandemic, most of these operators were focused on attaining scale and capturing market share. However, the availability of capital, in the current scenario, will be a challenge. Players who have embarked on aggressive growth so far will find themselves strapped for capital. In such a scenario, the market is likely to witness consolidation activity driven by larger operators with financial wherewithal acquiring smaller ones.

Flexible workplaces will continue to be a major influence on the future direction of the Indian office market. There will be an even greater focus on providing customized office space solutions and demand for flexible space will not only return but increase, as occupiers embrace the core plus flex model more widely. Despite the massive disruption from the impact of COVID-19, the future of flexible workspaces will remain optimistic.