I Wish 'Radhakrishna' Which Is Made With A

*I Wish 'Radhakrishna' Which Is Made With A Noble Intention To Become A Good Success In Both States - TTD Chairman Y.V. Subbareddy*

Popular Director, 'Dhamarukam' fame Sreenivass Redde is presenting and providing Screenplay to 'Radhakrishna' movie starring Anurag, Musskan Sethi (Paisa Vasool Fame) along with AP Telugu Academy Chairperson Lakshmi Parvathy in a crucial role. T.D. Prasad Varma is Directing this film. Mantena Naradimharaju (Chilukur) is Presenting this film while Puppala Sagarika is Producing it under Harini Aradhya Creations. TTD Chairman Y.V. Subbareddy launched the Trailer of the film in a programme held at Prasad Lab in Hyderabad. On this occasion... 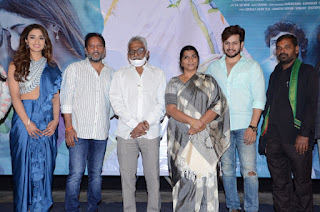 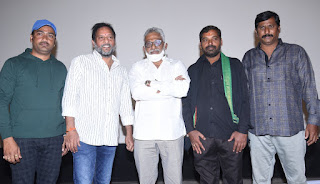 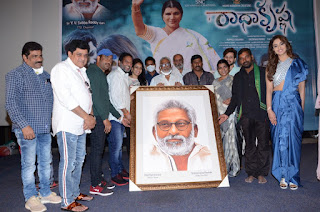 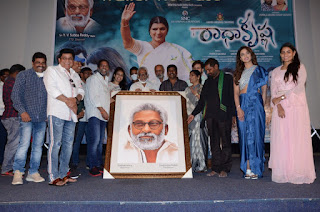 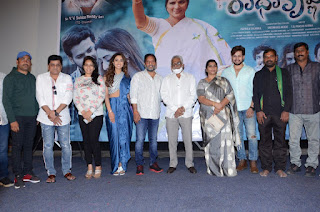 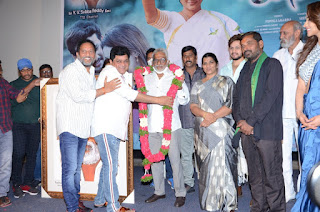 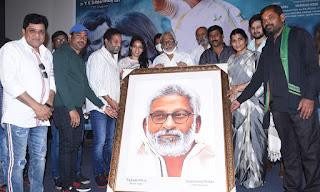 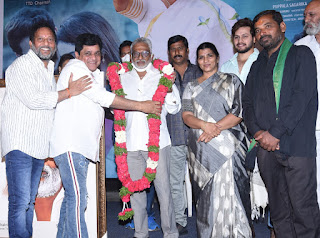 TTD Chairman Y.V. Subbareddy said, " I came here today for Sreenivass Redde who is very close to me. I watched the Trailer. I appreciate everyone associating with this film. Making a film about Nirmal handcrafts which are going extinct and about the hardships the craftsmen are facing is really appreciable. Though they are making beautiful crafts with their exceptional talent, it is not thriving due to lack of buyers. Making a film with this theme will definitely bring awareness about the craft. I wish 'Radhakrishna' which is made with noble intention to become a big success in both states. Our CM Y.S. Jagan Garu is ready to provide any help to Telugu Film Industry in Andhra Pradesh. Andhra Pradesh state has many scenic locations. We are developing tourism in many areas. Andhra Pradesh Chief Minister is taking all necessary steps to make AP a cine hub like Hyderabad."

AP Telugu Academy Chairperson Lakshmi Parvathy said, " Sometimes strange things will happen in life. I am still unable to believe that I acted in this film and many complimented me about my performance. I believe Art is God's gift. I feel it is our luck that TTD Chairman Subbareddy Garu graced this event today. I know Sreenivass Redde Garu for many years. He is the main reason behind my acting debut in this film. I have to see how I did the role along with you all. Ali played a very good role in this film. Hero, Heroines did very good performance. Entire unit looked after me very well with love and affection. I wondered how nice is Film Industry. Arts stand as a testament for out culture and heritage. India is birthplace for many ancient arts. We will lose our existence if we don't protect our ancient arts.  We all know how famous Nirmal Crafts are. Team has made a very good film with the theme of Nirmal Crafts which are on the verge of extinction. I wish all of you will support such a good film."

Film Producer Puppala Sagarika Krishnakumar said, " Our heartful thanks to TTD Chairman Y.V. Subbareddy Garu for coming to launch the trailer of our 'Radhakrishna'. Heartfelt thanks to our Mentor, Director Sreenivass Redde Garu for introducing me as a Producer. Anything we say will be short about Sreenivass Redde Garu. Film Industry mad Politics are not new for Lakshmi Parvathy Amma Garu. She acted in this film  upon the request of Sreenivass Redde Garu. She is the heart of the film. Her role came out superbly. Whenever she is in dilemma, Sreenivass Redde Garu took the initiative and made her act in a wonderful role. Thanks to her for her valuable support. M.M. Sreelekha Garu who has worked for many SuperHit films has agreed to work for this film even though I am a new producer and composed very good music. This film has excellent songs. Two songs which are already out through Aditya Music are getting excellent response. We will release total album very soon. This is the second film for Hero Anurag and he perfectly did his role. Musskan Sethi agreed immediately after listening to the story and gave extra ordinary performance. I wish her to become a very big heroine. Ali gari comedy track will surely become a plus for the film. Surender Reddy Garu is a great cameraman. He gave excellent visuals with his terrific work. Director Prasad Varma garu is like a brother to Director Sreenivass Redde Garu. He made this film superbly. I wish him to become a very big director. With our Mentor's blessings we are planning to release this film in theatres in January. I want everyone to watch our film 'Radhakrishna' in theatres taking necessary precautions."

Director Sreenivass Redde said, " On behalf of our entire 'Radhakrishna' unit, Heartful Thanks to the man of golden heart, very kind person Y.V. Subbareddy Garu for coming here today to launch our Trailer. This is a very good film made with a very good concept. This film has completed its censor recently. Censor officer told me that this is the best film among the 40 films he has watched after he became censor officer. He said that we made this film with honesty and good intentions. He gave clean U certificate without a single cut. Right from the beginning I has a strong belief that this film will get such appreciations. That's why I approached Amma Lakshmi Parvathy Garu and asked her to do the backbone role of the film. Her role will surely get accolades. Today the film's success is confirmed as the trailer is launched by a good hearted Y.V. Subbareddy Garu."

Ali said, " This film which is made with a backdrop of Nirmal craft will definitely become a big hit. Hero and Heroines played their roles beautifully. Director Prasad Varma has made this film perfectly."

Film Director T.D. Prasad Varma said, " I worked for 20 years with my brother Sreenivass Redde Garu. He helped a lot for this project. Special thanks to him. Lakshmi Parvathy Garu did a crucial role. Thanks to her. M.M. Sreelekha Garu composed very good music. I wish everyone to watch this film."

Music Director M.M. Sreelekha said, " Everything seems positive as TTD Chairman Y.V. Subbareddy Garu released the trailer of our film. This film is a beautiful love story in the backdrop of Nirmal craft. Album has 5 very good songs. Every song came out well. We have released two songs already. We will release the album very soon."

Hero Anurag said, " This is a soft love story. Everyone will enjoy it. Thanks to Sreenivass Redde Garu and Sagarika Krishnakumar Garu for giving me this opportunity to act in such a good film."

Heroine Musskan Sethi said, " Thanks to Director and Producers for giving me this opportunity."