Nivetha Pethuraj In A Crucial Role In Rana’s Virataparvam

Nivetha Pethuraj In A Crucial Role In Rana’s Virataparvam

Rana and Sai Pallavi starrer Virataparvam is in last leg of shooting. The film’s final schedule is taking place in and around Hyderabad. The film already has ensemble cast and Nivetha Pethuraj is zeroed in for a crucial role. The actress is taking part in the ongoing shooting schedule. 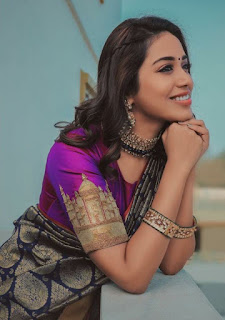 Virataparvam is a unique and content driven film where the lead pair will be seen in never seen before roles. D Suresh Babu is presenting the film and Sudhakar Cherukuri of SLV Cinemas is bankrolling it.Priyamani, Nanditha Das, Naveen Chandra, Zareena Wahab, Eswari Rao and Sai Chand will be seen in important roles in the film.