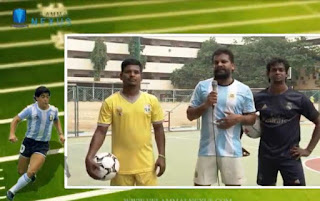 This team demonstrated the footballing skills that geared up the passion for football among the viewers. They addressed many other aspects on how to become a football player by indulging in the sports with spirit.

This session  captured several thousands of viewers at the Velammal Nexus YouTube channel.