The new poster of Arun Vijay’s Sinam found a

The new poster of Arun Vijay’s Sinam found a groovy response. The film is directed by GNR Kumaravelan and is produced by R. Vijaykumar of Movie Slides Pvt Ltd. While the film is scheduled for worldwide release in early 2021 and the makers are planning to screen the film in various International Film Festivals.

Currently, the editing team is working on the film festival version. Actor Arun Vijay says, “Sinam has a premise that will be relatable to universal audiences. Henceforth, we decided to screen it for International audience. Especially, it has a perfect balance of action and emotional elements, which I believe will be the greatest attraction in keeping the audiences engaged.” Speaking about the film’s theatrical release, he adds, “We are planning to release the film by early  2021.” 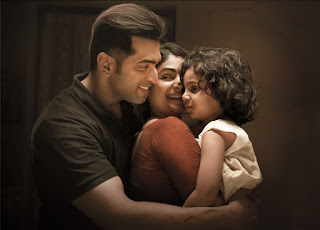 The actor has already completed shooting for Naveen’s Agni Siragugal and is close on the heels of wrapping up with Arivazhagan’s next tentatively titled AV 31. Soon after this, he will immediately start working on director Hari’s film.

Arun Vijay will be seen playing the role of a cop named Pari Venkat with Palak Lalwani playing his spouse and Dhesina as their daughter. Shabir is composing music, and Silva is choreographing stunts.