A Music Director becomes the center of

A Music Director becomes the center of attraction through soulful music. The greatest success of a musician is when someone goes beyond the visuals and performances of actors to realize that there’s a soulful element decorating the movie. Undoubtedly, Simon K King has achieved a fabulous stature of excellence with his spellbinding music, which is unique and exceptionally brilliant from one film to the other. He embarked on his musical journey with the film ‘555’ directed by Sasi and continued to garner heartwarming response for films like Sathya, Vijay Antony’s Kolaigaaran, director Saran’s Market Raja MBBS and not to miss his outstanding songs and rerecording in the recent release ‘Kabadadaari’ that has stolen everyone’s attention. 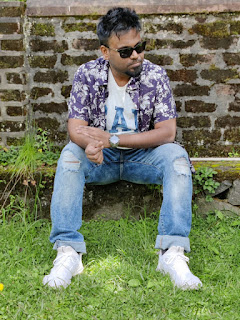 His songs ‘Vizhiyilae’ from 555 and ‘Yavvana’ from Sathya have clasped an unchangeable place in the playlists of every music lover. Currently, he has lined up Kapatathaari (Telugu version of Kabadadaari) starring Sumanth in the lead role and director K.V Guhan’s Tamil-Telugu bilingual film WWW. Besides, he is stepping into the world of OTT by teaming up with Kolaigaaran fame director Andrew Louise for an Amazon Prime Web Series.