First of all, I would like to extend a heart-felt thank you for the support you have provided me over the years. The media has been invaluable in promoting both of my films - Maya & Game over, taking it to the audience across the globe.

Recently, I came to understand, through a few screenshots received by my colleagues in the film fraternity, that a fake profile by the name of ‘AshwinMaaya’ on Instagram has been texting multiple actresses, claiming he is the director of Maya and that he is currently directing a film with actor Atharva and that they are looking out for a heroine. 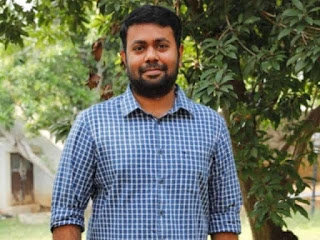 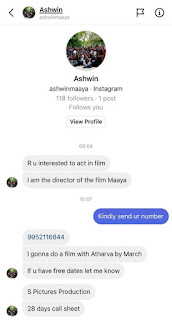 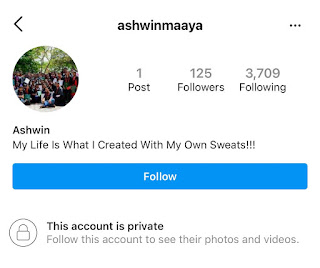 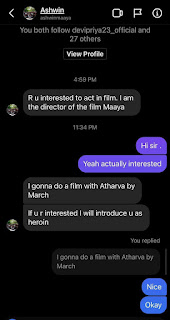 Once the actresses respond to it, the person operating the page ‘AshwinMaaya’ shares his phone number (9952116844) asking for exploitative favours, in return for opportunities in the film. I would like to reiterate that this is not my Instagram post/ page/ phone number.

I would also like to clarify that I neither have any prior connection to the person impersonating me nor have I initiated any casting calls. I kindly request all actors to thoroughly verify the profile before engaging in such conversations.

If at all I am in the look out for any actor/ actress for my projects in future, the said person will be approached formally by my team or the production company I am working with. I would like to add that I’ve contacted my legal team and a formal police complaint has been filed and the needful action will be taken.

I hope that my media friends will to continue to offer their support in all my future endeavours.