Love is a blissful experience. This is why lovebirds are always in an indescribable state of being. Such an emotion has always been an integral part of our cinema to help the audience connect with love. 'Theeni' is one such film that traces the distinct and emotional journey of a pair. 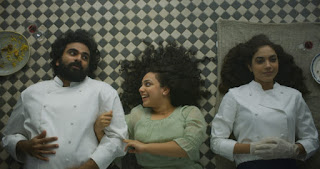 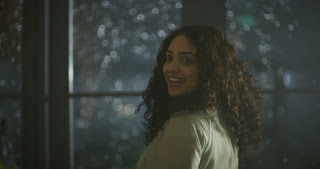 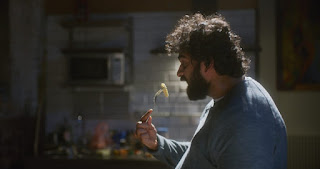 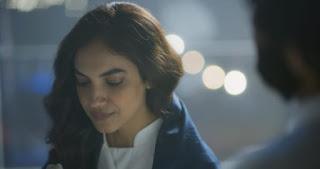 Starring Ashok Selvan, Nithya Menen and Ritu Varma, the film is presented by Bapineedu B and produced by Sri Venkateswara Cine Chitra LLP and Zee Studios. BVSN Prasad is producing it. Directed by Ani IV Sasi, its trailer has received an amazing response.

On feb16th, a love melody from the movie was unveiled.

The above lyrical, penned by Ko Sesha , is beautifully sung by Vijay Yesudas. Usually melodies are always concurrent with the theme of romance, but this song’s intent is to endow listeners with some serenity, thereby inducing sleep. In the film, the song is placed in a situation, where everyone gets into slumber mode except Ashok Selvan.

'Theeni' is currently in the post-production phase.Release date is Feb 26th in ZeePlex platform.

The film will commute audiences straight into the kitchen room, where the their tastebud will start craving for something to munch in.  Nasser sir done a fabulous job as Master Chef and actor Sathya plays a pivotal role.