Dynamic Director GunaSekhar who is well known for Mythological and Commercial films is now coming with a pure love story based on Adiparvam titled 'Shakuntalam'. This Pan-Indian film is being presented by Dil Raju Produced by Neelima Guna under DRP- Gunaa Teamworks Banner. Star Heroine Samantha Akkineni is playing the titular role of Shakuntala while Malayalam hero Dev Mohan will be seen as Dushyanth. This film is launched with Pooja Ceremony at Annapurna Studios in Hyderabad. Ace Producer Allu Aravind gave the first clap while Super Successful Producer Dil Raju has switched on the camera. The team held a media meet on this occasion.

Dynamic Director Guna Sekhar said, " I am very glad to launch the pan-India project, 'Shakuntalam' today. Very happy that it is being collectively produced by DRP - Gunaa Teamworks (Dil Raju Productions and Gunaa Teamworks). Especially, a maker like Dil Raju garu stands as a big support for this film in all aspects is very encouraging. Everyone knows how good the making and production values of a film will turn out to be if a Director like me gets support from a maker like Dil Raju garu. I am very happy that Dil Raju garu joined hands with me for 'Shakuntalam'. It's not an easy task to do a heroine-oriented film. There were many stories about who will do the role of Shakuntala in the 'Shakuntalam' movie. That role needs an actress with delicacy. I got suggested the name of Samantha by the public themselves. She is very selective in stories. She okayed this film instantly after listening to the script. She understands Shakuntala's role completely and She wanted to reinvent herself in the role of Shakuntala. Samantha has put in all her efforts and learned everything needed for this film four months ago itself. She learned classical dances too. She gets herself involved completely by listening to story developments and complete script. I got the confidence that I can make the film as per my visualization when we have a maker like Dil Raju garu and an actress like Samantha with us. Neelima is very strong that she will debut as a producer with a timeless classical love story. She is the first person who wished for Samantha to do this film. Irrespective of the business angle, Dil Raju garu said to go on with whatever budget we need to make a very good film. Neelima selected Dev Mohan as Dushyanth. He okayed after knowing everything about the story. He trained in horse riding and sword fighting for this film. You will witness real Shakuntala and Dushyanth in the film." 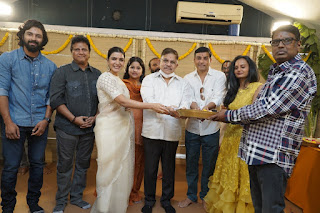 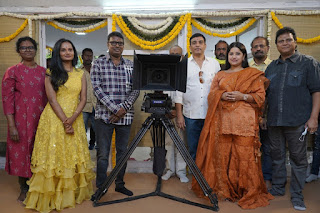 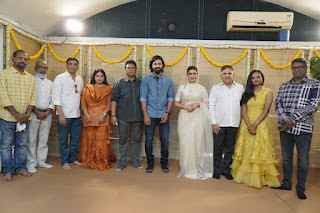 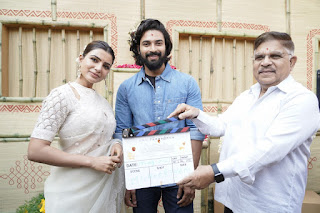 Super Successful Producer Dil Raju said, " Samantha's manager Mahindra approached me about 'Shakuntalam'.  I came to know that GunaSekhar garu is Producing the film himself. I wished someone should back him and told the same to Mahindra. He asked me whether I join the project. I told him, okay but I need to listen to the story first. I watched the 'Okkadu' film in Sathyam Theatre on its release day. I wished to make a film like that. But, my wish didn't fulfill. My desire to make these kinds of films started there. It's not an easy task to do a historical film like 'Shaakuntalam'. By then, Samantha has okayed the film. So, I imagined her while listening to the story narrated by GunaSekhar. All emotions are well set in the story. Some scenes are too good with perfect emotions.  GunaSekhar said that he will take the film to another level. The film's works are going on for four months. GunaSekhar is introducing his daughter Neelima as the producer of this film. I stand behind them. We are planning to release this film in 2022. While we are searching for Dushyanth, GunaSekhar asked me to come to watch a photoshoot. He showed me the photoshoot shot on Dev. He really looks like a king. I felt we find the perfect actor for the Dushyanth role. A perfect team is set for GunaSekhar. We will try our best to make a wonderful film."

Producer Neelima Guna said, " This is my first film as a producer. I seek your support and blessings. Thanks to Allu Aravind garu for gracing this event. Samantha and Hanshitha are giving very good support."

Hero Dev Mohan said, " I am very happy to get introduced to Telugu Film Industry. I am glad to do the role of a King, Dushyant.  Very proud to work with a director like GunaSekhar. Stalwart Producer Dil Raju garu is our main pillar of support. I wish you all will support me. Very happy to work with Samantha."

Star Heroine Samantha Akkineni said, "  I always have a small dissatisfaction. I felt like I am not able to do some kind of role. I did all kinds of roles like Romantic, Villain, Action... But my dream role is a periodical, the role of a Princess. I still watch Disney films. It's a great gift to me to offer this role to me during this point of my career. DIl Raju garu and GunaSekhar garu gave me a wonderful opportunity. I will give my 100 percent for this film. GunaSekhar garu narrated every scene superbly. When I asked about references, Neelima said that there are none. Everything comes from Director's imagination. I am very glad to do this role. The budget of this film is beyond my films But I will do whatever I can for this film."

Samantha Akkineni, Dev Mohan, and the Prominent cast will feature in this film.