Pledges to double their women workforce and Special KFCs by 2024

Reinforcing its commitment towards gender & ability parity, KFC India today announced the KFC Kshamata program - a focused effort towards driving 2X Empowerment by 2024. Taking forward the brand’s global Diversity & Inclusion agenda, KFC India aims to bridge the gender and ability imbalance gap and increase the women workforce at their restaurants by 2X by 2024. Likewise, the aim is to double the footprint of Special KFCs, operated by hearing & speech impaired team members, by 2024. In addition, the brand would launch select, flagship Special KFCs across the country, that provide an elevated KFC experience for specially-abled team members as well as customers. These zealous program objectives are supplemented with a sharp focus on training, retention and progression of these team members into key restaurant leader roles; keeping with the brand promise of ‘Feeding People’s Potential’. 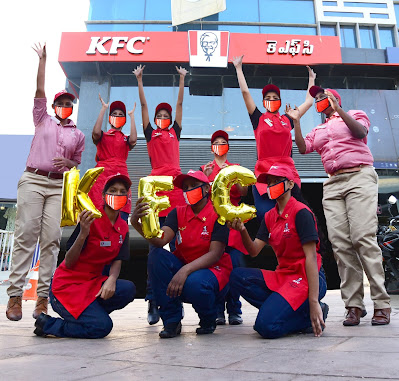 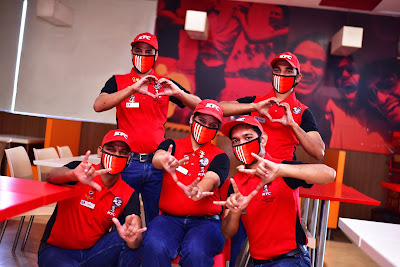 Elaborating upon the KFC Kshamata program, Samir Menon, Managing Director, KFC India, said “All-encompassing growth, with gender & ability parity, is paramount for any brand to help its workforce realize their full potential. As a brand that aims to feed the world, it is our endeavour to ‘Feed our People’s Potential’, and KFC Kshamata strengthens our efforts in this direction. Moving beyond compliance, we pledge to nurture a culture of diversity, inclusion and respect. Our efforts with KFC Kshamata are both fully owned and championed by our committed franchise partners. Over the next few years, the program will focus on delivering business value by accelerating diversity and inclusivity.”

With KFC Kshamata, the brand aims to have more than 5000 women team members and operate 70 ‘Special KFCs’ by 2024; including growing them into restaurant leader roles. The Kshamata program has hit the ground running, setting the right tone for driving the program objectives. The brand recently inaugurated an all-women operated restaurant in Hyderabad. With more than 15 team members, all women, including the Restaurant leadership team, this restaurant completely operates on woman-power! The TVC films for the most recent Value Burgers’ campaign were released with closed captioning to assist hearing impaired individuals in comprehension. It’s with initiatives as these that the legacy and beliefs of Colonel Sanders’ lives on - he firmly believed in extending everyone a seat at the table.

KFC India has been a pioneer in the category through their specially-abled program, employing and working with speech and hearing impaired team members since 2008. In addition, the brand has been credited with launching its first restaurant all-women powered restaurant in 2013; seeding-in empowerment at the grass root level. Later in 2017, the brand has also had woman delivery riders, a first for the category, breaking stereotypes and carving a niche with their unconventional career choices. The Kshamata program is equipped with focused strategies across varied functions as hiring, growth, communication, inclusion and retention to further a cohesive and progressive work environment.