Parth Samthaan to play the flamboyant Nawab on

ALTBalaji has been launching back-to-back shows to cater to the Indian originals' loving audience and a variety of genres for everyone. After teasing the audience with a glimpse of ‘Mai Hero Boll Raha Hu’ where they see the dashing Parth Samthaan in a role like never before with a phrase that describes him like no other, There are gangsters, there are Dons and, then there is a HERO!’

Parth Samthaan started his acting career by featuring in episodics like Savdhaan India, Webbed, Yeh Hai Aashiqui, and Pyaar Tune Kya Kiya. His portrayal of Manikin Kaisi Yeh Yaariyan opposite Niti Taylor molded him as a chocolate boy. His recent stint as Anurag on Kasautii Zindagii Kay garnered maximum eyeballs being the romantic knight to fall for. He is all set to wipe off his image as a chocolate boy and is all ready to win the audiences' hearts with his supremely confident yet classy avatar as ‘Nawab'. The wait is finally over! With looks that could kill and a character that will stay with you, it seems like no one else could fit the part better. With a background of popular TV shows, Parth already comes with a base of loyal fans,  who are eagerly waiting for this version of the actor. 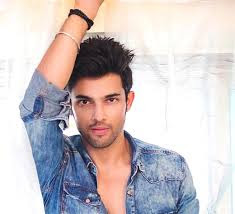 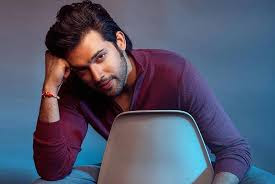 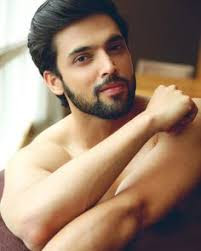 “Playing Nawab felt like an adventure, with the aura, the confidence, and the dialogues taking me to another world. The character has raw, sophisticated callous, and somehow also has a sensitive side, making Nawab a fascinating character. OTT platforms, being at the forefront of the entertainment industry these days, makes this whole project all the more attractive to me as an actor looking to grow every day. Being a part of ALTBalaji is gave me enough and more reasons to say yes to the character. Of course, the story itself would have made me grab this opportunity in an instant. Love the whole concept and idea, and I am so excited to see how it all works out.” - Parth Samthaan, Actor.

ALTBalaji’s most talked-about show, which created headlines since the initial announcement, is a story of one man, a Hero - Nawab. Set in the backdrop of the eighties to the nineties, this show will take the audience through a rollercoaster of storytelling, and the rise of a Hero. Parth Samthaan, who plays the role of Nawab, grows up to be the ultimate Nawab in the town. This legendary character and series are bound to keep your emotions and feelings on edge with the story that goes like, ‘Iss kahani main pyaar bhi hai, dhoka bhi hai aur hai sirf ek Hero! Inko karna hai sab par raaj aur hasil karna hai Laila ka pyaar.’

Keep your eyes and ears open for more updates coming up on ‘Mai Hero Boll Raha Hu’ only on ALTBalaji. Real Soon!