The trailer launch of Kangana Ranaut starrer “Thalaivi” happened this

The trailer launch of Kangana Ranaut starrer “Thalaivi” happened this morning in Chennai. Here are some of the excerpts from the event.

Creative Producer Brindha said, “This is a very special film to us. We often don’t get such stories to tell, which the entire Nation has to know. We are happy to have got an opportunity to tell this story about the legendary icon like Jayalalitha Amma. To talk about director Vijay sir, he is a brilliant actor, who has potential of exhibiting emotions through his dramatic narration and characterizations. He suggested that Kangana Ranaut would befittingly suit the role. Being a 4-Time National award winner, she was electrifying in every scene. She was holding the essence of Jayalalitha Amma every day and it wasn’t an easy task. Aravind Swamy sir is yet another embellishment to the film as he brought exact life of that iconic MGR sir. Samuthirakani sir, Thambi Ramaiah sir, Nasser sir and everyone has done a fabulous job. Music is the soul of this film and GV Prakash Kumar has done a fabulous job. Talking about the producer Vishnu sir, he has done his best. It’s not an easy thing to make a movie like this. It demands for insatiable passion and dedication with sheer spirit, perseverance and patience to get such movies made.” 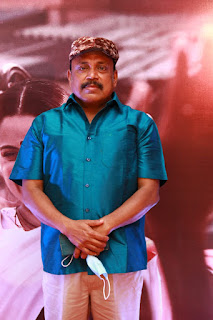 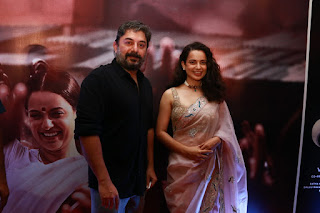 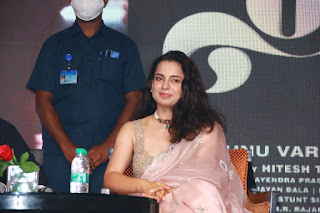 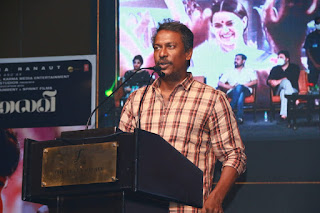 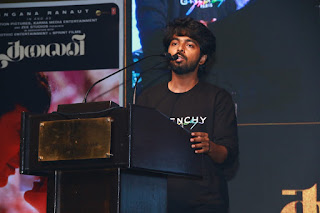 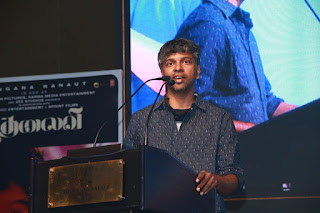 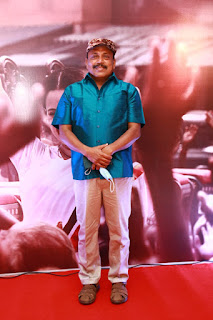 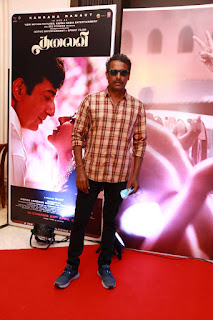 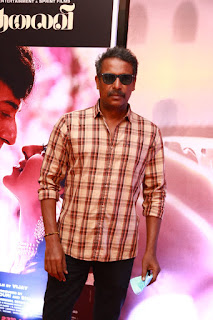 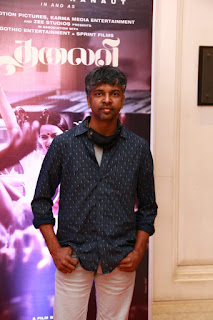 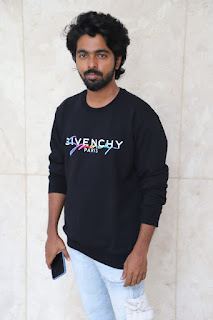 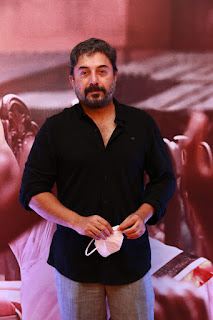 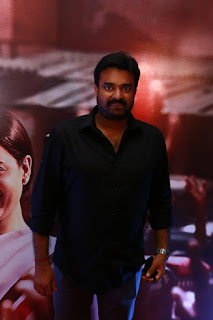 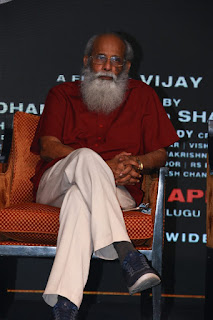 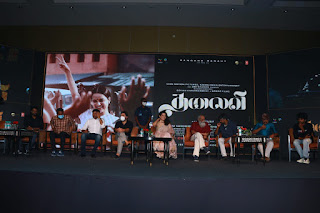 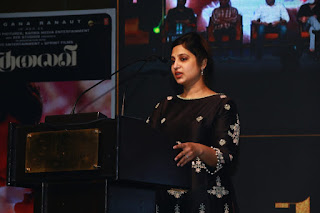 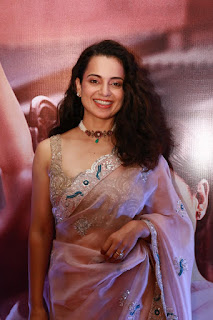 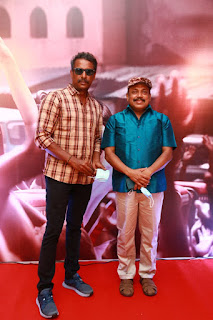 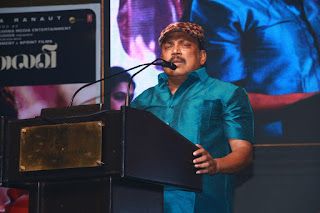 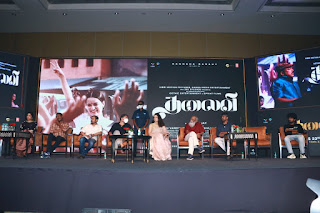 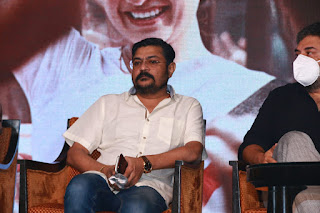 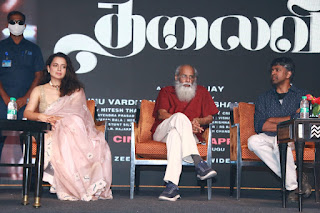 Actor Samuthirakani said, “I consider acting in a movie like this as a great blessing. I thank director Vijay for giving me an opportunity to be a part of this film. After reading the script and my characterization, I was spellbound over it and was doubtful if I can do it. Vijay trusted me and I have given my best. The bonding between my character and MGR sir will be more impactful. Aravind Swamy has gone to the extreme of playing this role as MGR sir. I could feel the vibe of Amma on the sets through Kangana Ranaut. There were many instances, where I felt her powerful presence. She has done an astounding performance.”

Actor Thambi Ramaiah said, “The omnipresence of Jayalalitha Amma has been felt and will be felt for decades to come. There were years, when there was no Tamil cinema without her. It was same with her political embarkation after 1982. Such is the great charisma of Amma. Kangana Ranaut is an astounding personality and working with her was such an amazing experience. Aravind Swami has given his heart and soul into the role of MGR, which every audience will experience in theatres. It is more like watching MGR sir and Jayalalitha Amma together on the dais together more. Director Vijay is the backbone of this film. The hard work he has exerted into this film is extraordinary. Working on a multi-lingual project is literally challenging. If not for the cooperation and support of producers this would have not been possible.”

Music director GV Prakash Kumar said, “I would like to wish Kangana Ranaut, a very happy birthday. Thalaivi will be one of the greatest movies in the Indian film industry. It involves the hard work and dedication of everyone. I have already worked with director Vijay in 9 movies and this is more special to us. Since the film is set against a particular time, which was dominated by music directors MS Viswanathan sir and RD Burman sir, who are my favourites. So we have given songs in their respective style. Kangana Ranaut, Aravind Swamy and every actor have done a fabulous job. While watching Thalaivi, it was beyond a cinema watching experience as I could personally feel the incidents and moments in the lives of these legends like Jayalalitha Amma, MGR sir and others.”

Director Vijay, “A couple of years ago, I was approached by Vishnu sir and Brindha mam for making a film based on Jayalalitha Amma. It involved lots of amazing experience and it was like going back to school like taking notes every day for inputs. When I initially approached Aravind Swami sir, he was reluctant and didn’t want to take it up as he told that he hadn’t done any such movies based on real life characters before. He is the backbone of this film. Deepak sir appreciated us and wished us all the best to do this movie. GV Prakash Kumar has always given the best music for my movies and he had one a fabulous job in this movie. His music  both songs and BGM have added more essence to this movie. Madan Karky sir took more efforts and took self interest in doing lots of research for the sake of this film. Kangana Ranaut madam has just nailed it. We were in awe of her performance in every scene. She is a legend and has already four National awards. It’s a pleasure working with such an amazing person. Her knowledge about cinema and screenwriting is brilliant. She will know what’s the next scene even before narrating it to her. It is because, she emotionally got attached to the film and her character. She had to go through excruciating phase by shedding down and gain lots of weight simultaneously.”

Producer Vishnu Vardhan Induri said, “Every emotion we just saw on the screens now (trailer) was purely the hard work of Vijay Prasad sir and Vijay. When we were making the film, there were lots of challenges involved. From the right script to the directing and the technical aspects along with stellar performances, it has been awesome. From Kangana Ranaut, Aravind Swami to Madhubala mam, everyone have been awesome. Brindha is my wife, the producer of this film. She was beside me and everyone in the team were like rock. I also thank Shailesh for standing beside me.”

Actor Arvind Swami said, “I thank my producers for being a complete support and letting me be a part of this film.  Getting the film travel through the pandemic phase and getting it finally released for a grand worldwide release on April 23 evokes an emotional feel in me. I thank director Vijay sir for bringing together so many great talents together. if not for the support of Vijay sir and the confidence he gave me, it would have been impossible for me to do this character. An actor alone cannot get the role or film hit success, but it involves the hard work of every member in the crew. The exciting part about the film is that working with great actors like Kangana Ranaut. I am working with Madhu Bala after many years. My journey with Nasser sir goes 30 years back in time. Working with Thambi Ramaiah sir in Thani Oruvan was an amazing experience.”

Madan Karky said, “The first thing that we ideated was to bring those legendary icons onscreen with an inspiring life they lived. Kangana Ranaut has delivered a power packed performance with an ease. There were many challenging scenes and we were doubtful on how she’s going to nail it, especially with the speech oriented scenes. Aravind Swami sir was amazing. We met during the commencement of this project and when I met him the next time, he had completely transformed. He took a detailed study on the mannerisms, body fitness and complete body language of MGR sir and prepared himself. Every actor and technician in this movie are extremely outstanding.”

Actress Kangana Ranaut said, “I don’t have any speech ready, because this is completely new to me… (Jocularly), Usually I get recommended to get thrown out of the movie, but this is the first time, I am being invited to be a part of a film. When I got to know about the role that I am going to play this role, I was kind of nervous as I didn’t know anything about this. Yes, Jayalalitha madam is a legend and an inspiring icon. I wanted to make sure that the casting doesn’t go wrong so the entire film is ruined, but the makers were really supportive and encouraging. Arvind Swami is bundle of joy and he is infectious. One thing that I have noticed in South cinema is that they are very genuine and don’t treat anyone like outsiders. I was often intimidated on the sets by Aravind Swami as he thoroughly remained inside the character. Director Vijay sir is such an amazing person. First time, I got to know him, it was really lovely. He is such a humble and good-hearted person. He made me feel so much blessed and was very much appreciating me. He made me feel and aware about my talents. This is one lifetime opportunity working with such a great team and it will be a cherishing experience for me forever.”