On behalf of the Eelam Tamil diaspora organisations around the world we write this letter to seek your support for our campaign against the web series Family man 2.

We, as victims of the biggest genocide in this century, note with concern the falsification of the just struggle of Eelam Tamils against the state oppression in the above web series and strongly condemn it.
As the first step, we have registered our protest through memorandums to Amazon Prime head offices for their part in releasing this web series on their platform. Despite the difficult period of COVID-19 pandemic, the world-wide Tamil diaspora has spontaneously started to demonstrate in front of the Amazon Prime offices. First of such demonstration was in front of Amazon Offices in London on Monday, 21 June 2021 adhering to COVID-19 regulations. It is very sad to note that the series has been produced using our own Tamil brothers and sisters, especially since some of the actors and the script writers are from Tamil Nadu. Even though we tend to believe that they have participated through their lack of understanding of the atrocities encountered by the Eelam Tamils and the micro political agenda in this series that try to tarnish the image of a victim community, such behaviours have hurt us very much and pained immeasurably. 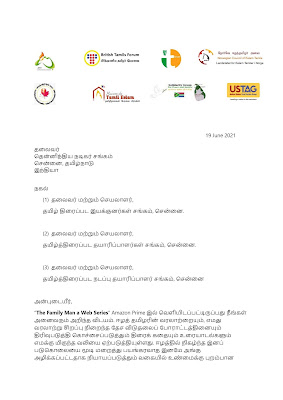 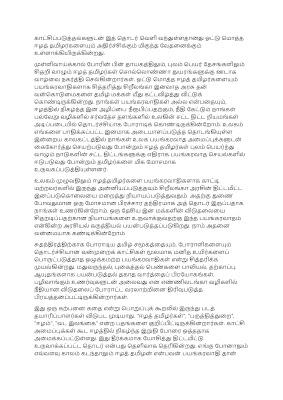 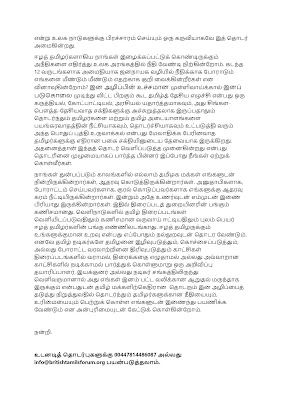 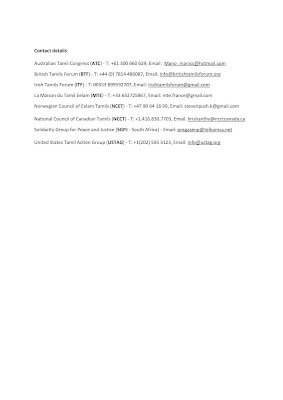 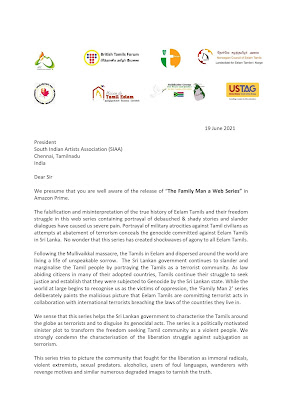 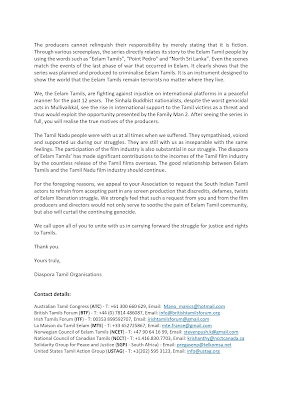 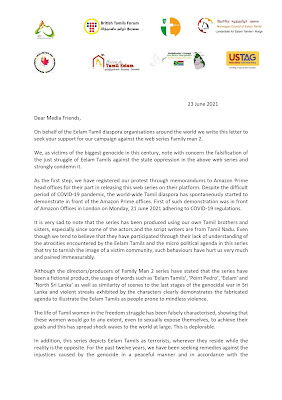 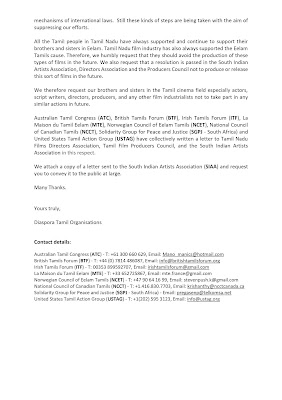 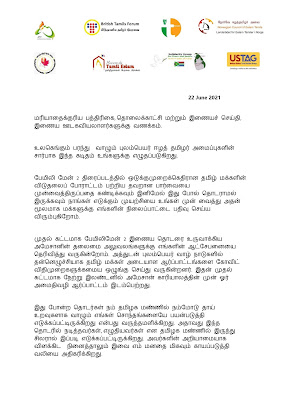 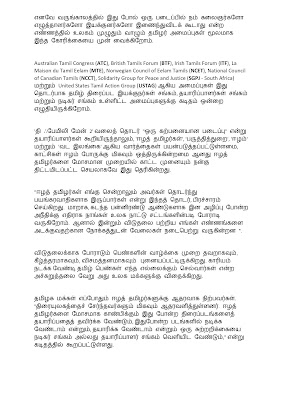 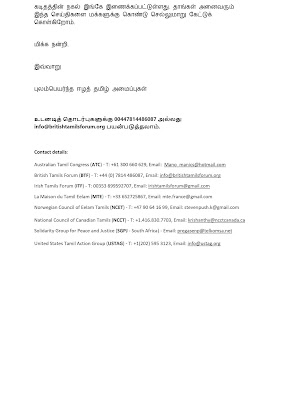 Although the directors/producers of Family Man 2 series have stated that the series have been a fictional product, the usage of words such as ‘Eelam Tamils’, ‘Point Pedro’, ‘Eelam’ and ‘North Sri Lanka’ as well as similarity of scenes to the last stages of the genocidal war in Sri Lanka and violent streaks exhibited by the characters clearly demonstrates the fabricated agenda to illustrate the Eelam Tamils as people prone to mindless violence. The life of Tamil women in the freedom struggle has been falsely characterised, showing that these women would go to any extent, even to sexually expose themselves, to achieve their goals and this has spread shock waves to the world at large. This is deplorable. In addition, this series depicts Eelam Tamils as terrorists, wherever they reside while the reality is the opposite. For the past twelve years, we have been seeking remedies against the injustices caused by the genocide in a peaceful manner and in accordance with the mechanisms of international laws.  Still these kinds of steps are being taken with the aim of suppressing our efforts. All the Tamil people in Tamil Nadu have always supported and continue to support their brothers and sisters in Eelam. Tamil Nadu film industry has also always supported the Eelam Tamils cause. Therefore, we humbly request that they should avoid the production of these types of films in the future. We also request that a resolution is passed in the South Indian Artists Association, Directors Association and the Producers Council not to produce or release this sort of films in the future. We therefore request our brothers and sisters in the Tamil cinema field especially actors, script writers, directors, producers, and any other film industrialists not to take part in any similar actions in future. Australian Tamil Congress (ATC), British Tamils Forum (BTF), Irish Tamils Forum (ITF), La Maison du Tamil Eelam (MTE), Norwegian Council of Eelam Tamils (NCET), National Council of Canadian Tamils (NCCT), Solidarity Group for Peace and Justice (SGPJ - South Africa) and United States Tamil Action Group (USTAG) have collectively written a letter to Tamil Nadu Films Directors Association, Tamil Film Producers Council, and the South Indian Artists Association in this respect. We attach a copy of a letter sent to the South Indian Artists Association (SIAA) and request you to convey it to the public at large. Diaspora Tamil Organisations Contact details:Australian Tamil Congress (ATC) - T: +61 300 660 629, Email: Mano_manics@hotmail.comBritish Tamils Forum (BTF) - T: +44 (0) 7814 486087, Email: info@britishtamilsforum.orgIrish Tamils Forum (ITF) - T: 00353 899592707, Email: irishtamilsforum@gmail.comLa Maison du Tamil Eelam (MTE) - T: +33 652725867, Email: mte.france@gmail.comNorwegian Council of Eelam Tamils (NCET) - T: +47 90 64 16 99, Email: stevenpush.k@gmail.comNational Council of Canadian Tamils (NCCT) - T: +1.416.830.7703, Email: krishanthy@ncctcanada.caSolidarity Group for Peace and Justice (SGPJ - South Africa) - Email: pregasenp@telkomsa.netUnited States Tamil Action Group (USTAG) - T: +1(202) 595 3123, Email: info@ustag.org
Posted by PadmaSabari at 06:02