The handsome and talented Siddharth Sharma made his acting debut with Puncch Beat in 2019. Two years down the line, the actor is reprising his character, Ranbir Choudhary, in the second instalment of Puncch Beat. The Youth Drama, which streams on streaming giant ALTBalaji has been receiving rave reviews since it started streaming this Sunday. Siddharth Sharma, who is back on the show, is quite excited with the response he is getting for the show. "The amount of love I've received is overwhelming," he said.

Talking about the show's second season, Siddharth Sharma said, "Puncch Beat 2 is not just a high school drama anymore. This time the drama exceeds from school to the family. There's a lot of family drama that umps the drama quotient. So, this time, the audience won't just get to see what happens in school and what happens before and after that. They'd be able to relive their school days and at the same the adversities one has to go through while growing up. For me, the most exciting part of playing Ranbir is his character arc. He will go through a total transformation that would leave the fans astonished." 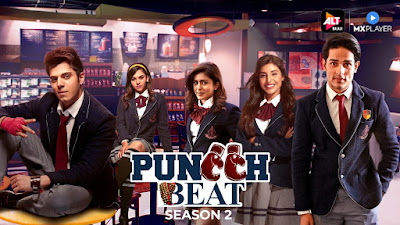 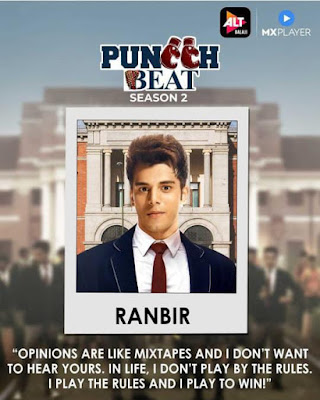 While Ranbir and Rahat's rivalry on screens is brooding and taken on the next level in the season, Sidharth also spoke about his equation with co-star Priyank Sharma. There have been rumours about the two not getting along on the sets. However, Siddharth quashed all rumours. He said, "We've started our careers together. So, there is a certain bond that we have. We might fight sometimes, but then by the end of the day, we are not rivals. We are there for each other. Also, he is quite a good actor and everyone has told me that our scenes together have come out pretty good. And as of on-set rivalry, he was nothing but cooperative even during the fight sequences."

The show is already streaming on ALTBalaji. So, watch all the 13 episodes of the second season on the streaming giant right away.