The food AI-Tech players together account for 1.2 million users and have built a hands-free cooking experience aided by Amazon Alexa.

Bahubali Shete, Asha Shete and celebrity Masterchef Sanjeev Kapoor’s voice-first culinary AI platform Tinychef are all set to acquire Zelish (the team and its assets) for an undisclosed amount. A Techstars accelerator and Bosch and Siemens Home Appliances backed company, Zelish was founded 2 years ago by Rakesh Edavalath, Saakshi Jain, and Arpit Joseph.

The latest feather in Zelish's cap is the 2021 Bosch Siemens Home Startup Award in the Product Innovation category. Previously the recipient of the “Best Of 2020 Apps” by Google Play,  and the Editors Choice Award for “Best Upcoming App” in July 2020, Zelish has covered sizable ground in a short span of time. By acquiring Zelish, Tinychef will also gain access to the app’s 125,000 users and ~35% of whom are monthly active users! 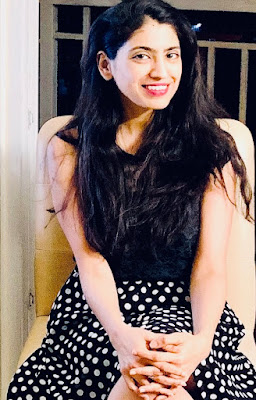 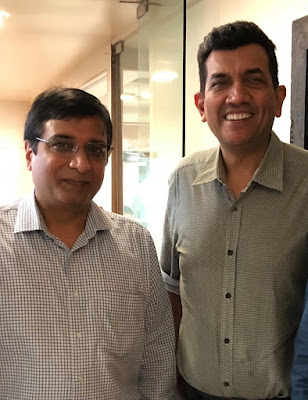 Speaking on the acquisition Zelish, co-founder, Saakshi Jain said. “We’re really excited about this acquisition as it will help us take the Zelish experience into the world of voice-assisted cooking. With Tinychef in the picture, users can look forward to a completely hands-free experience. We are looking forward to the Zelish app spreading across the Indian sub-continent and growing its presence globally in the North American market as well.”

Rakesh Edavalath, co-founder of Zelish added, "We are thrilled to expand the vision of our tech-first platform Zelish to become a voice-guided assistant thanks to Tinychef. Most people who manage the kitchen complain that there is a constant back and forth between operating their phones and managing the said tasks. People will soon be able to relish the Zelish experience on voice assistants like Alexa instead of going back and forth on recipe videos. ”

Meanwhile, Tinychef already has over a million users and over 100,000 active monthly users in India and within a month of its launch, it has garnered over 25,000 users in North America with the bulk of the user base belonging to the US and Canadian markets.

The coming together of these two AI-powered companies will give them a distinct edge. Zelish gives Tinychef a powerful app with a highly engaged user base. Similarly, this alliance also gives Zelish a chance to integrate with Tinychef’s voice-assisted, Alexa enabled, hands-free cooking universe. Tinychef now aids everything from automatic meal planning to 1-click grocery shopping, voice-guided cooking and the use of connected Appliances.

Simply put, people will now be able to discover recipes and get inspired, plan their meals, shop for products and indulge in voice-guided cooking all from one platform. This is exciting as voice search queries in India are growing at 270% and over 82% of smartphone users are already using voice search on a regular basis.

Essentially Zelish is an app that lets users plan meals, shop for ingredients and cook based on recipes by celebrity chefs and influencers like Ranveer Brar & Hebbar’s Kitchen. The pandemic has encouraged a lot of people to start cooking at home for healthy, safe and hygienic food. Zelish makes it easy for people to cook delicious meals at home without wasting food or struggling with meal ideas.

Excited about this acquisition Tinychef Co-Founder,  Bahubali Shete said, “As a pioneer in voice-first solutions on smart speakers for consumers in the kitchen, adding smartphones was the natural next step for us so that we become truly a ‘device agnostic’ smart kitchen assistant. ‘I am super excited to bring Zelish into Tinychef’, would be an understatement given the potential of the combined solution, team and partnerships that we bring together. I am really bullish that we will make Tinychef as the default kitchen assistant for every kitchen around the world”

"I have always tried to impact kitchens in India and across the world with simple and healthier recipes and tips that households appreciate. I am looking forward to seeing kitchens across the world get even simpler with these two wonderful brands combining into something even more powerful." Added Celebrity Chef Sanjeev Kapoor, Co-Founder Tinychef

The app currently has a user retention rate of 40% and grocery shopping pilots have seen nearly 50,000 users/month add ingredients to shopping lists across the app/partner channels. Going forward this acquisition is projected to help Tinychef achieve MoM Growth of 70%.