The first Shell Eco-marathon Virtual League concluded with an exciting win by Team AVERERA from Indian Institute of Technology BHU, India. The team was declared the Virtual League Champion, having garnered 1,498 points, the most throughout this 2021 season. In second place was Team Green Team Twente from University of Twente, Netherlands with 1,421 points, and in third place was Team DTU SUPERMILEAGE from Delhi Technological University, India, with 1,296 points.

The Virtual League required teams to earn points across five different challenges, including the well-known Off-track Awards and the new Autonomous Programming Competition, with each counting towards the team standings in a global ranking. An entirely virtual format did not dissuade students from stepping up their game to compete and celebrate innovation among teams across the world. 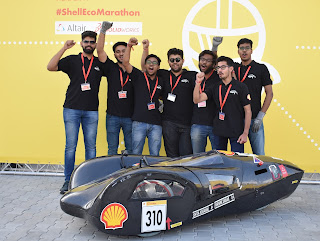 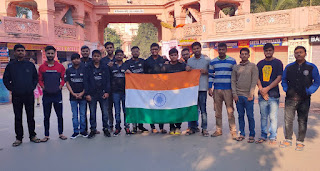 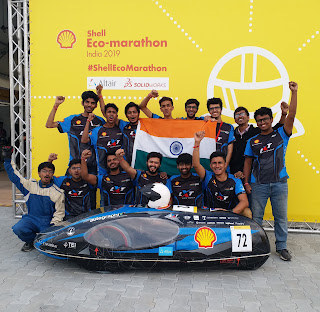 Sweekar Banthiya, Team Manager, Team Averera, said, “We are thrilled to have been named champions at the Shell Eco-marathon virtual global league. Working through the pandemic was quite an exceptional challenge. We had to leave all the physical work on the vehicle, wrap up and head to our respective homes. But we completely restructured our plans to continue work remotely. As a team, it was the innovation, persistence and passion that drove us to victory. And this acknowledgement, is motivation to do even better.”

A second bonus challenge introduced this year was Road to 2050, where teams were asked to creatively capture in a 30-sec ad what mobility should look like in their future. Team ETA from Somaiya Vidyavihar University, India, won first place in the Road to 2050 for Asia Pac and the Middle East, with their imaginative depiction of a futuristic vehicle that showcased a range of possible mobility solutions and ideas.  Team Sadewa from Universitas Indonesia, and De La Salle University Eco Car Team, from De La Salle University, Philippines, garnered second and third place.

The final challenge was the Virtual Technical Inspections, where teams demonstrated their vehicle’s compliance to a selection of rigorous safety and technical rules.  Indian teams took top prizes across Asia Pac and the Middle East with Team ETA from Somaiya Vidyavihar University winning the Prototype category and Team AVERERA from Indian Institute of Technology BHU winning Urban Concept category.  Both teams impressed the judges not only with their well-designed vehicles and effective use of various equipment, scales and rulers, but also making the technical content explanation interesting for a broader, non-technical audience.

“The creativity, resilience and determination of the students continue to astound us,” expressed Norman Koch, Global General Manager for Shell Eco-marathon. “Against the backdrop of the ongoing COVID-19 situation, they demonstrated their passion for winning and innovation through their hard work and delivering top-notch entries to all the virtual challenges.  A Virtual Programme this year allowed us to honour the work the students have done and provide a continued opportunity to compete.  We are, however, dedicated to finding a safe way back to the track for the 2022 Shell Eco-marathon season,” Koch explained.

The Shell Eco-marathon 2021 Virtual Programme received submissions from 139 teams across 20 Asia Pacific and Middle East countries, with the pan-region receiving the most submissions in three of the five virtual competitions: Pitch the Future, Off-track Awards, and Road to 2050.

Over the years, Shell Eco-marathon has seen thousands of high school and university students from across the world build ultra-energy-efficient vehicles, in a variety of designs, using a spectrum of energy types. Every year brings new stories of human endeavour and technical excellence, as teams push the boundaries of what’s possible. In these extraordinary times, Shell Eco-marathon continues to find ways to keep the spirit of innovation alive among its student participants.