No truth in Sikhya Entertainment's claim

2D Entertainment Private Limited, the makers of the highly-acclaimed, immensely popular blockbuster Soorarai Pottru, featuring actor Suriya in the lead, have clarified that the claims being made by Sikhya Entertainment with regard to the Hindi rights of the film are untrue and incorrect. 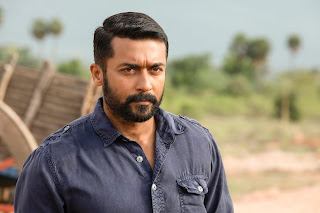 "We have paid Sikhya Entertainment a huge sum of 3 crores for facilitating the acquisition of the rights of the book “Simply Fly”, apart from the actual rights money and Sikkiya’s expenses that we separately paid. Therefore, there is no iota of truth in their claims made in the case filed against 2D," Rajsekar Karpoorasundarapandian said.

"They have filed a baseless case to unnecessarily cause delay and unlawfully enrich themselves. We have all the necessary records to show that we are in the right and we will defend this legally," he added.

Soorarai Pottru, directed by Sudha Kongara was selected as one of 10 Indian films to be screened under the Best Foreign Film category at the 78th Golden Globe Awards, went on to become the most watched regional language film in the history of Amazon Prime in India. The film is also currently the third highest rated film on IMDb and has a rating of 9.1, only behind The Shawshank Redemption and The Godfather.