Paytm is India’s largest payments platforms in terms of

India’s leading digital payments and financial services platform Paytm filed its DRHP on 15th July 21 which gives an insight into the numbers which make the company India’s largest internet ecosystem.

The Vijay Shekhar Sharma-led company is headed for India’s largest IPO worth $2.2 billion.

Here’s how Paytm has grown over the years 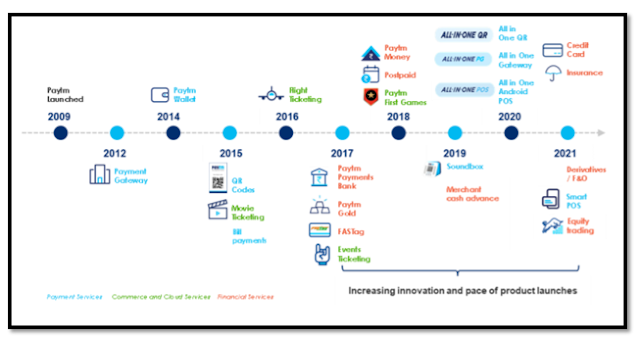 Today, Paytm has over 333 million consumers and 21 million merchants.The company is building India’s largest internet ecosystem that expands beyond payments. In fact, Paytm has become synonymous with all things digital for the Indian consumer. 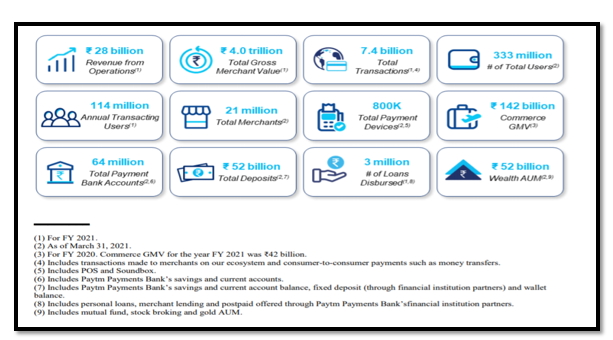 Here are the numbers from its DRHP which prove the same.

-       Paytm is the largest payment gateway aggregator in India based on total transactions, for the fiscal year ended March 31,

2021, with the widest ecosystem of payment instruments

-       Paytm is leading the market on both sides of the segment — customers and merchants.

-      Starting with bill payments and mobile top-ups as the first use cases, and Paytm Wallet as the first Paytm Payment Instrument,

the company has built the largest payments platform in India based on the number of consumers, number of merchants,

number of transactions and revenue as of March 31, 2021 according to RedSeer.

-       As per the Kantar BrandZ India 2020 Report, the "Paytm" brand is India's most valuable payments brand, with a brand value of

-     Paytm has the largest payments merchant and consumer base in India, according to RedSeer, which lets the company leverage

the power of both the consumer and merchant side on the payment network, and which the company believes will be a major

driver of its digital lending products.

-   The company said in its DRHP, “We have the most comprehensive suite of payment services for both consumers and

merchants, according to RedSeer, which enables merchants to make and receive payments in a convenient, seamless and

-    During FY 2020, Paytm sold movie tickets across 5,700 screens and was the second largest booking platform in India, in terms

of movie tickets sold, according to RedSeer.

-    Paytm Payments Bank has the largest scale among all licensed Payments Banks in India, according to RedSeer, in terms of

-       Paytm Payments Bank is the largest issuer of FASTags in India, according to RedSeer