After powering India for almost two decades as a diversified provider of low-carbon energy, CLP India today announced a refreshed drive to accelerate growth under its new corporate identity - Apraava Energy. Strengthening its commitment to support the development of a green economy in India, Apraava Energy will seek to encourage participation from local shareholders in the medium term.

Apraava Energy steps into the future with a vision of creating a diversified business that will fuel India’s economic growth through access to clean, reliable and affordable energy. It has set a target to double its existing energy portfolio in the next three to four years, contributing to the country’s 450GW renewable energy target by 2030. Broadening its horizon to explore non-generation opportunities, Apraava Energy plans to further expand its power transmission business and pursue possibilities in electricity distribution. As the power sector gets privatized, the company will proactively focus on foraying into low-carbon customer-focused energy businesses.

Mr. Rajiv Ranjan Mishra, Managing Director, Apraava Energy, said: “Over the last two decades we have built a financially resilient business by providing customers with reliable, high-quality energy, while all our stakeholders have benefitted from our world-class governance and operating standards. As we embark on a new chapter in our growth story, Apraava Energy remains committed as ever to our country and our stakeholders. Apraava Energy will support India’s ambitions of providing clean and sustainable energy to all in the development of a low-carbon nation. In the next five years, we want to be a leader in renewable power generation and achieve significant success in our transmission and distribution businesses. Our principles and values and the culture that we have nurtured since our inception will continue to be at the core of everything we do for our stakeholders. We are focused on building a sustainable power company that epitomises energy in action.”

Mr. Richard Lancaster, Chief Executive Officer, CLP Holdings, said, “Apraava Energy is now ranked among the top-10 private power producers in India, as our investment in the country has come a long way since 2002.  In all markets where we have investments, CLP’s vision has always been to build long-term, sustainable businesses. India is on an ambitious drive to be one of the world’s leading centres of clean energy and we are proud to be part of this journey along with our partner CDPQ. We are confident that Apraava Energy, with its new vision, will be an important contributor to India’s new energy future.” 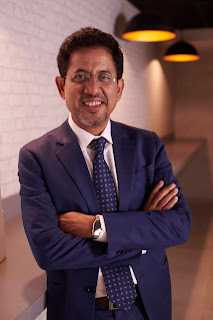 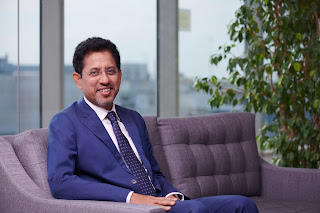 Mr. Emmanuel Jaclot, Executive Vice-President and Head of Infrastructure at CDPQ, said, “Apraava Energy is one of our core investments in India’s power sector. In recent years, the company has steadily grown its low-carbon portfolio, and it now has a powerful vision for the role it intends to play in India’s energy sector across generation, transmission and distribution. As part of our commitments to reduce by 60% our portfolio’s carbon intensity by 2030, we are backing Apraava’s strategy, and we will continue to support India’s transition towards clean energy.”

The name of Apraava Energy is inspired by the combination of four Sanskrit words – Agni (Fire), Prithvi (Earth), Ambu (Water) and Vayu (Wind), epitomising an entity that harnesses the power of multiple natural elements. Apraava Energy will bring these elements to life by pursuing sustainable growth focused on the three pillars of People, Planet and Profit.

Apraava Energy is committed to addressing climate-related risks and opportunities as well as setting reduction and efficiency targets based on greenhouse gas emissions. The company is proud to announce its formal commitment to the Science Based Targets initiative (SBTi). Apraava Energy is working on a measurable, science-based emissions reduction objective that will be validated by SBTi within the next 12 months.