Master Monish has made an indelible mark at the National Level and is qualified for the International Math Contest final round.

BRICS MATH is an International competition with an interactive approach packed with unique, practical tasks designed to develop logical reasoning.

The school management congratulates and appreciates his marvellous achievement and blesses him to soar  higher. 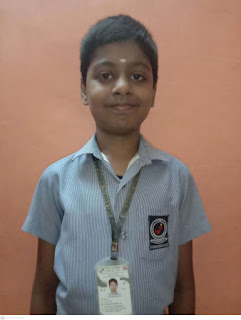