Akshay Kumar in & as SOORYAVANSHI

Akshay Kumar in & as SOORYAVANSHI (Hindi)

CURTAIN RAISER -Director Rohit Shetty has so far made 3 films set around the cop universe-Singham (2011) , Singham Returns (2014) both with Ajay Devgn in the lead and Simmba (2018) with Ranveer Singh. Sooryavanshi is the 4th instalment of that series with both Ajay Devgn & Ranveer Singh appearing in cameo characters from their Singham & Simmba films! Akshay Kumar appears as DCP Veer Sooryavanshi with Katrina Kaif as Aditi, Sooryavanshi's wife.

SYNOPSIS – DCP Veer Sooryavanshi who heads the Anti Terrorism Squad takes up the task of nabbing Riaz Hafiz (Abhimanyu Singh), the son of Lashkar Chief, Omar Hafiz (Jackie Shroff) their intention is to organize bombs blasts. Sooryavanshi has more tasks coming in, as he has to find out where those bombs have been stored as well as to nab the members of the sleeper cell! 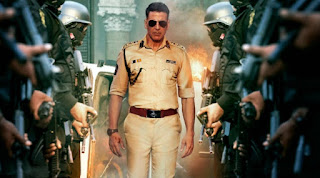 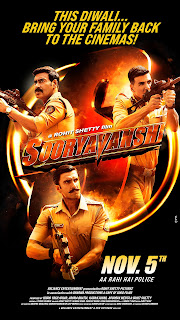 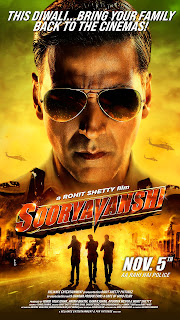 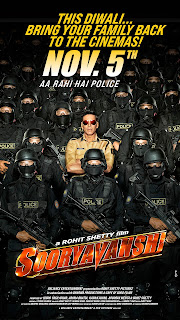 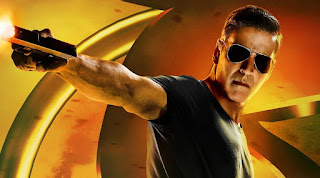 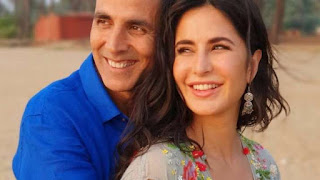 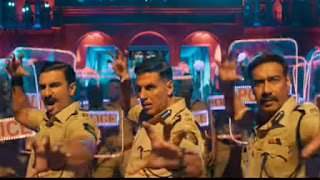 Sangram Bhalerao (Simmba, Ranveer Singh) an Inspector of Police and DCP Bajirao Singham (Ajay Devgn) extend their support to Sooryavanshi in his mission.

The film ends with Veer Sooryavanshi, Sangram Bhalerao and Bajirao Singham dancing for the song track, 'Ailaa Re Ailaa'.

The film has opened up at theatres with a thunderous response at Bollywood as well as in Tamilnadu.