~ Actor Nakshathra to play the role of main protagonist~

Chennai, 30th November 2021: Colors Tamil has announced the premiere of their new fiction show Valli Thirumanam on January 3, 2022 at 8 p.m. in keeping with its vision of providing innovative content. The channel released a trailer on Sunday that gave viewers a sneak peek into the show as well as the life of Valli, the central protagonist.

The first promo for the show shows the multiple character threads of Valli, a quintessential rural girl with beauty and brains, as told through a traditional puppetry art form. As the excitement for her debut grows, the promo takes an unexpected turn, unveiling Actor Nakshathra as Valli and exhibiting her alter ego, leaving viewers speculating what's in store.

Tune in to Colors Tamil to watch the new promo of the upcoming fiction show Valli Thirumanam. Valli Thirumanam would exclusively premiere on VOOT Select on 2nd January,2022

Colors Tamil is available on all leading cable networks and DTH platforms - Sun Direct (CH NO 128), Tata Sky (CHN NO 1515), Airtel (CHN NO 763), Dish TV (CHN NO 1808), and Videocon D2H (CHN NO 553). Viewers can download the VOOT app to catch their favourite Colors Tamil shows anytime and anywhere. 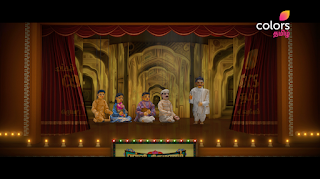 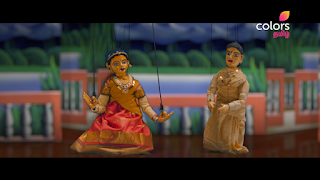 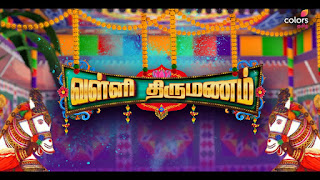