On the occasion of Chiyaan Vikram's 60th Blockbuster release, fans of the

Chiyaan Vikram's 60th film ‘Mahaan’ opened up to a blockbuster response on the midnight of February 10th, on Prime Video. The movie has been receiving appreciation from fans and critics all across with one unanimous roar - Chiyaan Vikram is back with a bang.

To salute the spirit of this Mahaan actor, 60 die-hard fans of the versatile actor set out on their motorcycles in multiple groups, covering the nooks and corner of Tamil Nadu, marking the 60 film-milestone of the much loved actor. Biking across Chennai, Coimbatore, Kanyakumari and Madurai, they spread the infectious and super positive energy of Chiyaan Vikram. 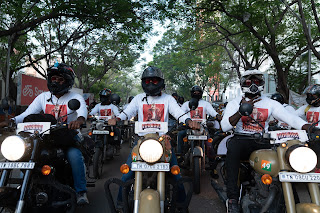 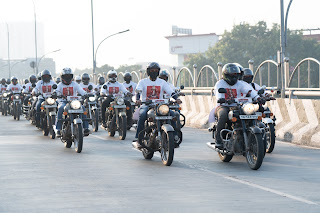 The activity was an effort by fans to appreciate Chiyaan Vikram's brilliant and unmatched method acting performance and skills.

Mahaan is currently streaming exclusively and globally in Tamil, Telugu and Malayalam and as Maha Purusha in Kannada on Prime Video.

Mahaan is the story of a man whose family leaves him when he strays from the path of ideological living in his search for personal freedom. However, as he realizes his ambitions, he also misses the presence of his son in his life. Having fulfilled his dream of becoming a billionaire, does life give him a second chance to be a father? This story is about how his life goes through an unexpected series of events in this thrilling, action packed journey.