The man behind the Chart Buster, trending

The man behind the Chart Buster, trending song ‘SRIVALLI’

It's a well-known theory that Music Director Devi Sri Prasad, the musical charmer, will leave no stone unturned to strike chartbuster tunes with every album. Devi Sri Prasad aka Rockstar DSP’s recent album Pushpa:The Rise has created a massive buzz with the song Srivalli, Oo Bolegaa Ya Oo Oa Bolega and Saami Saami has generated millions of Reels, views and likes on the social platform. 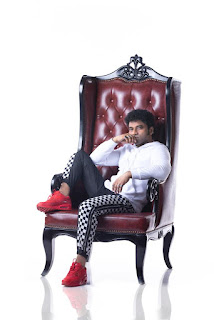 With his relentless success escalating his discographies, the brand ‘DSP’ has become the undisputed topper in the Pan-Indian musical arena with the chartbuster ‘PUSHPA – THE RISE’ , thereby creating a new benchmark in all the versions it is released. The success of this album is not limited to the music platforms alone but has become the cherry-pick of social media reels, where the fans have been celebrating the album with high enthusiasm.

journey. I thank Sukumar Sir, Iconstar Allu Arjun and Mythri movies for trusting my approach towards this project. The playback singers, lyricists, and of course, the magical screen presence of actors have been the source of success. I thank all my fans and audiences for showering all the love and blessing for my work, I hope to have the same amount of support throughout my career”

Devi Sri Prasad has got his kitty brimming with myriad offers from leading production houses in Bollywood. DSP has already got his calendar locked upcoming movies in Tamil, Telugu, Bollywood industry and few singles.

Posted by PadmaSabari at 03:43
Email ThisBlogThis!Share to TwitterShare to FacebookShare to Pinterest