V House Entertainment Suresh Kamatchi’s latest outing ‘Jiivi-2’ premiered on August 19 in Aha Tamil and garnered fabulous responses among film critics and general audiences. In particular, the fans of this franchise were excited to see the sequel creating a brilliant impact.

Written and directed by V.J. Gopinath, the film features actor Vetri and actress Ashwini as the titular characters, who had played the same roles in the first part. Besides, the same star cast of Jiivi-1 including Rohini, Mime Gopi, Rama, and Karunakaran have reprised their roles in Jiivi-2 as well. The movie is gaining positive reception for not just the storytelling, finest directorial, and stellar performances, but for the top-notch camera works. During this juncture, cinematographer Praveen Kumar shares his experience of working on this movie. 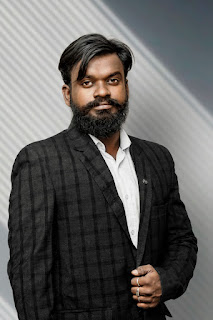 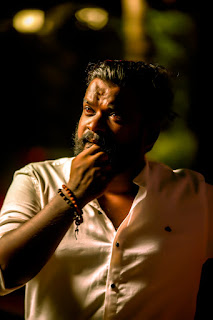 “While shooting the first part, there was obscurity in thoughts, whether this experiment would work out as we attempted something new. To our surprise, the results were beyond our expectations. However, when we decided to step on with the sequel project, there were few challenges as it had lots of scenes and demanded many locations and a big budget when compared to the first part. More than all, the entire project had to be wrapped up in just 23 days.

The script reading process indeed was an amazing experience as the sequel had lots of surprising elements, and the way, it had a connection with the first part was intriguing.

The Triangle Theory & connectivity are always inclined toward the concept of Déjà vu. We would have come across many incidents, where we might have felt some incidents had already occurred earlier in our lives. It’s more like a faded dream. Jiivi franchise was created based on this concept with the blend of fantasy elements by director VJ Gopinath.

When working in Jiivi-1, we never thought of creating a sequel. However, we have placed a lead for the third part in Jiivi-2.

Whenever I used to watch Jiivi, I used to feel something lacking in my work. I would be brimming up with thoughts, what if I had captured better visuals than what I am seeing now.  I have justified it accordingly in the second part. Working in a couple of movies between Jiivi 1 & 2 instilled in me some experience…

If director VJ Gopinath kept imparting lots of information, producer Suresh Kamatchi sir gave us everything to make sure that the final output is perfect.

I have shared a good bonding with Vetri while working together with him in the first part itself. He used to come up with lots of doubts like if we can this way or the other option. He would keep asking if his performance is good, or if there was a necessity for one more take. However, he has improved a lot with his acting in the second part. If for a minute shot like smoking, he would follow the continuity in the following shot.

I was initially worried that the movie had a direct OTT premiere instead of a theatrical release. However, looking into the stream of big releases in the following weeks, it was evident that Jiivi-2 would go unnoticed due to the lack of screens, which in turn, would land producer in crisis. So, all of us in the team felt that the OTT release is the best solution, and to my surprise, the response is overwhelming… More than all, it’s elating to see that the complete works of the movie were completed in a span of 6 months and got released as well.”