Moon Pictures Adham Bava’s Anti-Indian released last year (2021) was a great success. The film, directed by YouTube sensational icon Blue Shirt Maaran featured him in the lead role as well. Besides, he had composed music for this movie as well. The film featured prominent actors from the Tamil movie industry including Radharavi, Aadukalam Narain, director Velu Prabhakaran, and many others, performing pivotal roles in this movie. 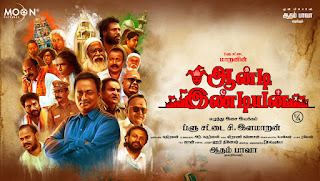 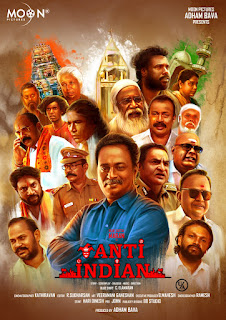 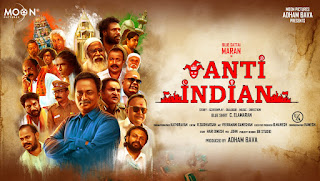 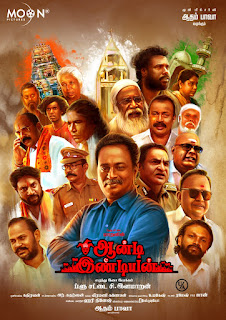 The story revolves around the political and religious upheavals that break open during the funeral rites of a deceased Hindu man, who later embraced Islam forms the basic crux of this story. Blue Shirt Maaran narrated this story with a satirical approach.

The film’s release happened after crossing several hurdles. Although many leading OTT platforms had approached the production house for direct OTT release for a whopping price deal, producer Adham Bava wanted to release it in the theatres first. Despite the movie garnering mixed response, it turned out to be a profitable venture at the box office.

And now, the leading OTT platforms and satellite channels have approached the producer for their respective rights. While the talks are happening in full swing, the production house has revealed a new poster of the film’s OTT and satellite release.

Posted by PadmaSabari at 04:24
Email ThisBlogThis!Share to TwitterShare to FacebookShare to Pinterest