V. Gowthaman to direct "Maveera", a film on the valour, values and virtues of Tamils

V. Gowthaman to direct "Maveera", a film on the valour, values and virtues of Tamils*

V. Gouthaman, the creator of earthy movies in Tamil, is back after the films "Kanave Kalaiyathe" and "Magizhchi". He is writing and directing a movie titled "Maveera".

The film is produced by V.K Production Group. Director V. Gowthaman assures that the movie highlighting the heroism, virtue and warmth of the Tamils will connect with each and every member of the audience, impress all sections and will be a huge success.

Sharing more information about "Maveeran", he said, "My lifetime aim is to give the world the uncompromised history of the heroes who lived in Santhanakadu, Mundhirikadu and Vannikadu regions, which are inseparable from the history of Tamils. The film "Maveera" is the epic story of a real hero who protected the land and honour." 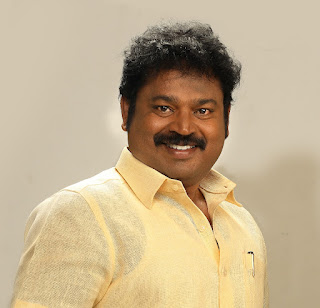 Speaking further, he expressed happiness over GV Prakash taking charge of the music as soon as he heard the story. "I am deeply grateful to Vairamuthu, the "Kavipperarasu", who has supported me in all my works, for appreciating me for taking up Maveera. He said the film would make Tamils ​​living all over the world proud. He has also given a powerful song (Pulikodi enga Kodi, naanga boomi pandhin aadhi kudi) that would be celebrated by global Tamils," he said.

Vetrivel Mahendran is handling the cinematography of "Maveera". Balamurali Varman is penning the dialogues, Mayapandi does the art direction, "Stunt" Silva choreographs the fights, Raja Mohammed is in charge of editing and Nikil Murukan handles the public relations.

The names of leading actors and actresses who will be part of the movie will be announced soon, director V. Gowthaman concluded.