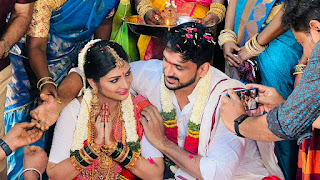 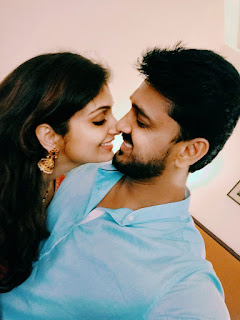 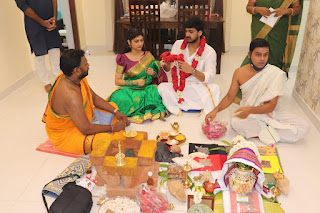 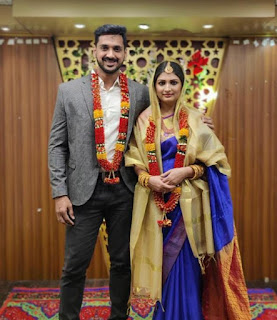 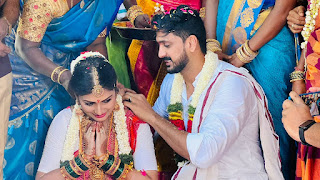 Actress Divya made her small screen debut through Sun TV’s blockbuster serial titled ‘Keladi Kanmani’. She continued to wow the audiences with her natural and brilliant performances in serials like Magarasi and now in Sevandhi.

Actor Arnav played the lead character in the serial ‘Chellamma’. While working together in ‘Keladi Kanmani’, both actors Arnav and Divya bonded well that later turned into a sweet relationship.

Over the past 5 years, both of them have been in Live-in relationship and finally got married now. Since, Arnav belongs to Islam religion, their wedding ceremony was held according to both Islam and Hindu traditional rituals followed by register marriage.

During this happy occasion, actress Divya has revealed she is two months pregnant now.

Posted by PadmaSabari at 09:24
Email ThisBlogThis!Share to TwitterShare to FacebookShare to Pinterest