MLA Zameer Ahmed Khan's son Zaid Khan's much awaited film is Banaras.  The pre-release event of the movie, which is written and directed by Jayatheertha of Bell Bottom fame, was held in a grand manner on Saturday evening at the Railway Sports Ground premises in Hubballi.

Challenging Star Darshan, Vinod Prabhakar, Nenapirali Prem, V. Nagendra Prasad, director Jayathirtha, along with many others participated in this grand Pre-release event of Banaras which is already popular because its beautiful songs and trailer. 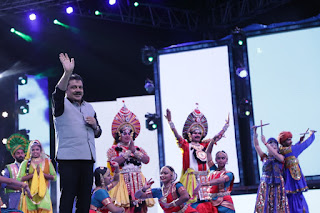 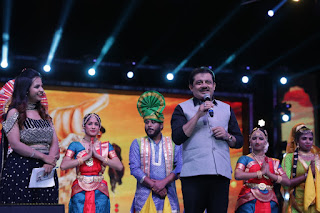 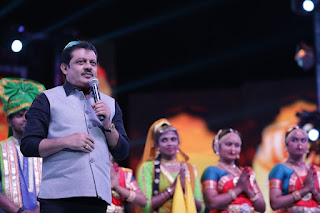 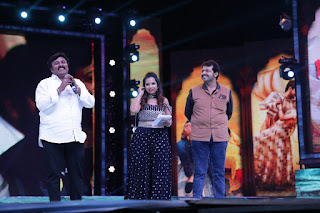 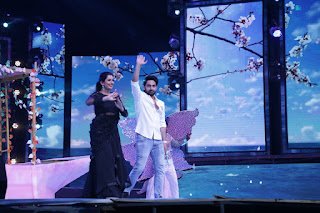 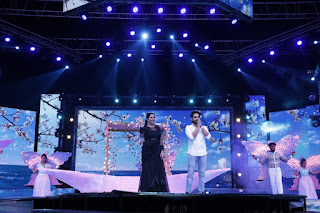 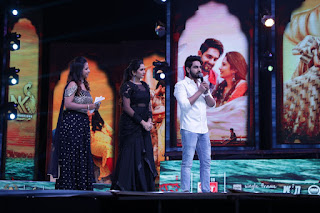 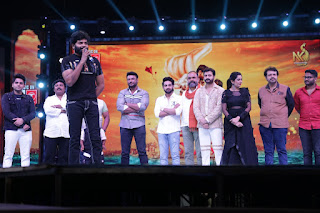 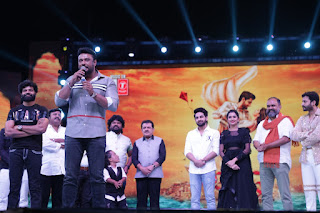 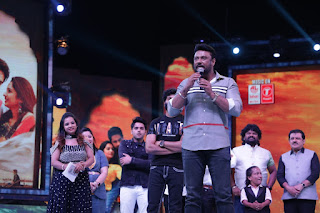 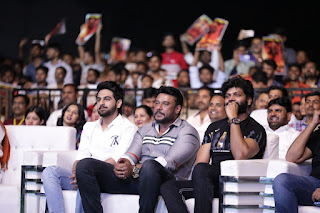 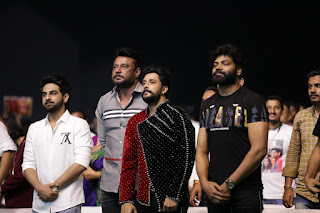 With enthusiasm all the various mesmerizing dance-songs performed in the program,  which lasted for three hours.

Actor Darshan who spoke at the event said, "I have already seen the film.  Zaid had shown me the movie earlier, and initially I thought, he is rich father's son, who is not talented, but after watching the film I was surprised.  He has acted so brilliantly. He has done a great job. Also the story and direction is outstanding."

"The film will definitely be a huge success," he added.

Speaking to the media, Zaid Khan said, "Today is a very big day in my life, two of my life's biggest forces are present with me right here.  Darshan who is like my elder brother and my father are here. I promise dad on this platform that I will never do something that will demean him. I am standing here today because of my father.  Also, Darshan has been supporting me since the beginning."

Talking about Banaras movie he added, "The film has many special features.  I worked very hard for this film.  Jayathirtha has made a wonderful film for me.  The film is releasing across the country on November 4, there is hope that the film will win the hearts of the people."  Zaid requested each and everyone to watch it and bless him.  to watch the film.

Banaras is a Pan India Kannada film that has been made into Telugu, Tamil, Hindi and Malayalam simultaneously. Tilak Raj Ballal has produced the film. Sonal Monteiro is the leading lady opposite Zaid Khan. Sujay Shastri, Devraj, Achyuth Kumar, Sapna Raj, Bharkat Ali have played major roles in the film. Ajaneesh Loknath has scored the music.

Banaras is ready to be released on November 4th.

Posted by PadmaSabari at 00:19
Email ThisBlogThis!Share to TwitterShare to FacebookShare to Pinterest