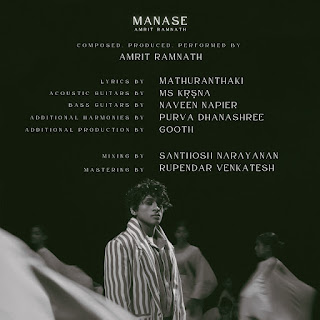 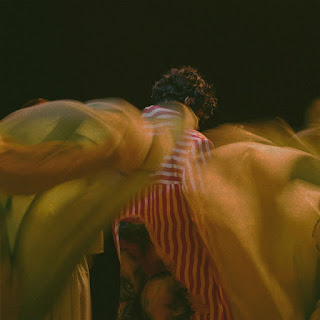 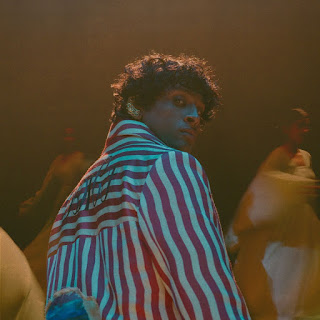 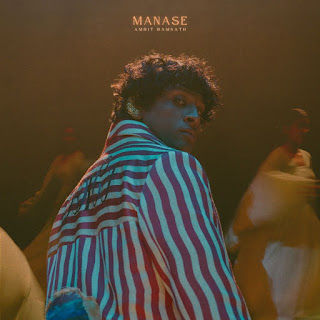 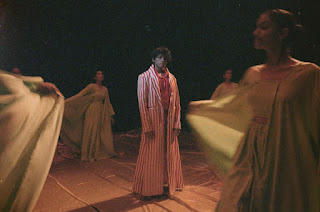 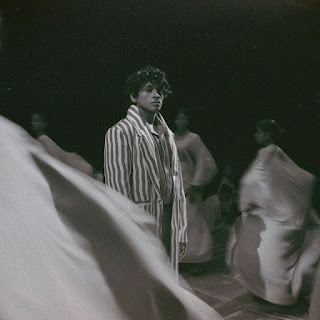 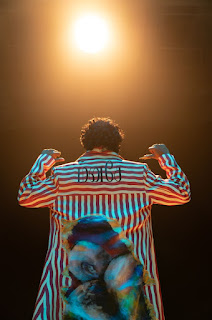 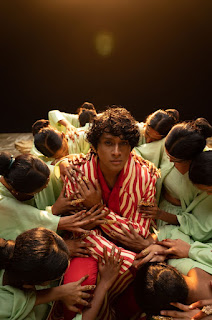 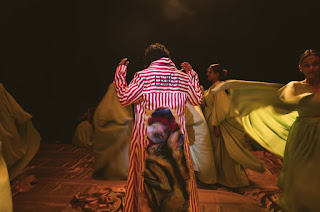 Amrit Ramnath is a young musician who is steeped in both western and Indian classical traditions of Music. In his formative years, he underwent rigorous training in western classical piano and violin.

His introduction to Carnatic classical vocal music was inevitable, having been born into a family of music virtuosos, and being the son and disciple of celebrated vocalist Padmashri Bombay Jayashri Ramnath. He has also undergone Carnatic classical violin training under the violin legend, Shri. Lalgudi G Jayaraman.

Thus, Amrit’s strength lies in his deep roots in both traditions, along with various other inﬂuences that he has amassed over the years, be it dabbling with different instruments or other global musical styles, that have inﬂuenced his unique sense of aesthetics. Apart from this, Amrit is also a trained and professional artist, having experience both on the canvas as well as in graphic designing. This has enabled him to bring a strong creative direction to all of his productions, adding a layer of visual character and appeal. He carries these myriad inﬂuences as he journeys towards carving a niche for himself in the independent music scene in India.

As a vocalist, he has performed in The Esplanade Singapore, Lincoln Centre New York, the University of Hong Kong, different venues at the annual December music festival in Chennai, and venues in Delhi and Mumbai, to name a few.

As a producer and composer, Amrit has worked on several prestigious projects including conceiving and composing an anthem celebrating Earth Day for Earth Day Network in 2020, called Dharti Ma. This was an expansive project involving collaborations with a diverse collection of artists across the country, including the likes of Shankar Mahadevan, Kaushiki Chakraborty, Mahesh Kale, and Hans Raj Hans, among others.

His recent multilingual EP "Jago" is a true expression of his diverse musical and cultural roots. It is currently an ongoing, live tour in India which is being received with great adulation across the board.

A celebration of self-love

Manase (the Tamizh word for mind), is a song that captures the inner monologue and conflicts that one experiences in a conversational form. It speaks to the numerous insecurities and feelings of inadequacy that we experience day in and day out, and often don’t communicate or vocalise it. As such, this is a celebration of ‘self love’.

In the true spirit of what this song signifies, Manase is a highly accessible (both lyrically and musically) and memorable melody that hopes to inspire listeners to hum along. The litmus test for this has been the warm and enthusiastic response that the song has received during live performances. This song has a special significance for me, as it expresses a deep sentiment in an almost playful melody.

Manase is an amalgamation of different musical styles, composed in a pop aesthetic, infused with vocal layers which have a distinctive Indian flavour. The song derives its fresh sound from the percussive acoustic guitars, a groovy baseline, and a generous garnishing of different soundscapes like clicks, claps, whispers, etc, that has been interestingly stitched into the song.

Manase is set to release on all streaming platforms on the 28th of October, 2022.

I’ve produced a full-scale music video that is set for release shortly after the audio release.

Posted by PadmaSabari at 12:24
Email ThisBlogThis!Share to TwitterShare to FacebookShare to Pinterest