The wait is almost over! Jio Studios and Dinesh Vijan’s Bhediya will soon unleash its magic at a theatre near you, as the film is all set to be released by Studio Green in Tamil Nadu. 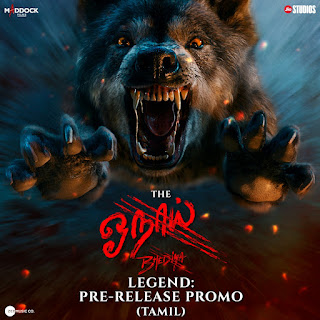 While the film’s official trailer is a viral hit and all its songs are certified chartbusters, fans have been excitedly asking for more glimpses of the creature comedy. As a special surprise, the makers have now dropped a gripping pre-release promo of Bhediya.

Titled ‘The Bhediya Legend: Pre-Release Promo’, the clip hooks us right from the go with an eerie tale about the werewolf.

Based on ancient Arunachali folklore, Bhediya tells the story of Bhaskar, an ordinary man who begins to transform into a wolf after being bitten by the mythical animal.

Will Bhaskar escape this curse? Does the monster take over? What happens next? The promo leaves us with many thrilling questions.

With the release of this sensational pre-release promo, looks like audiences are going howl their way into cinemas from the 25th of November.

Jio Studios & Dinesh Vijan present, ‘Bhediya’. A Maddock Films production, directed by Amar Kaushik, produced by Dinesh Vijan and starring Varun Dhawan, Kriti Sanon, Deepak Dobriyal and Abhishek Banerjee among others, is releasing in cinemas Pan-India in Hindi, Telugu and Tamil in 2D and 3D on 25th November 2022. Studio Green will release the film in Tamil Nadu in a grand manner.

Posted by PadmaSabari at 00:34
Email ThisBlogThis!Share to TwitterShare to FacebookShare to Pinterest