*Trailers of 12 movies to be launched at JIFF screened* 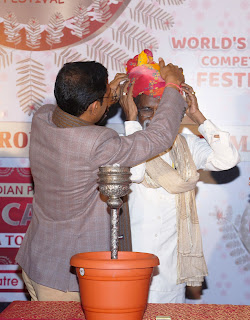 *Next Torch Campaign to be held in Mumbai on December 1* 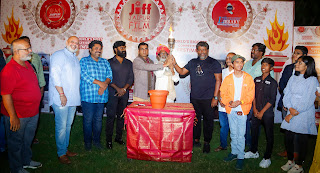 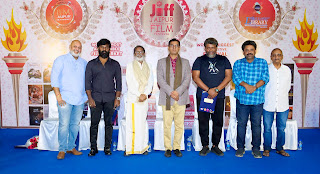 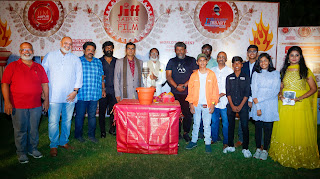 The third phase of the ‘Torch Campaign’

organised to promote the 15th edition of Jaipur International Festival (JIFF) was held at Prasad Preview Theatre Labs in Chennai.

Gangai Amaran asserted that this is undoubtedly a historical moment for Indian and Tamil Cinema.

For the first time, a film festival has started working towards building a new image for regional cinema and promoting it worldwide, he further said.

"There are talks all around, but real work is rare. Hanu Roj and Jaipur International Film Festival deserve words of praise for this great attempt, as it will merge North and South. Indian Cinema has started walking on a new path and now I’m realizing the true significance of film festivals”, Amaran opined.

Twelve full-length films in various Indian languages of Indian Panorama will be launched during the 15th edition of Jaipur International Festival 'JIFF' to be held from 6 to 10 January.

Apart from this, the audio and trailer of the upcoming film 'Puthar' was also released during the event.

The selected films include the

the Tamil films 'Maamanithan' [The Great Man] by Seenu Ramasamy,

Mugizh by Kartick Swaminathan, and 'Iravin Nizhal' [Shadow of the Night] by Radhakrishnan Parthiban, 'Gargi' by Gautham Ramachandran, and 'Visithiran' by M Padmakumar, Assamese film 'Bokul Phulor Dore' directed by Sanjeev Hazarika and produced by Riniki Bhuyan Sarma, Malayalam film 'The One and The Many Within' by Chidambara Palaniappan L, Bengali film #

The Torch Campaign kicked off from Guwahati on November 15. The second phase of the event was organised at Kolkata. The next phase of the launching will be held at Mumbai [1st December], Chandigarh [16 December], Rohtak [17 December], and Jodhpur [26 December]. After the event in Jodhpur, the torch will be handed over to the filmmakers of Delhi, who will bring it to Jaipur on 5 January.

During the launching ceremony, Jaipur International Film Festival founder–director Hanu Roj informed that the co-production meet during the film festival will be organized on 8 January.

Hanu Roj will be moderating the meet himself for the first time. Inviting all the south film industry’s producers and directors, Hanu asserted that this time, the film’s Co-Production worth 100 crores INR will be discussed about. Many south filmmakers will be coming to the festival for this event, as they showed interest in filmmaking in the Rajasthani language.

“After 12 films’ screening during the film festival in Jaipur, awarded films would be shown in four cities Srinagar, Thiruvananthapuram, Hyderabad, and Bangalore, and the dates for the screening would be declared in February 2023”, festival founder–director Hanu Roj informed.

“One film may receive more than one award and one film may not get any award, as each film needs to fulfil the parameters decided by Jury”, said festival spokesperson Rajendra Boda.

And Kamlesh Pandey. Shaji N Karun will be the Chairperson of this jury.

Posted by PadmaSabari at 04:56
Email ThisBlogThis!Share to TwitterShare to FacebookShare to Pinterest