Shooting of 'Wolf' starring Prabhudeva, directed by Vinoo Venkatesh and bankrolled by

Shooting of 'Wolf' starring Prabhudeva, directed by Vinoo Venkatesh and bankrolled by Sandesh Productions has been wrapped up* 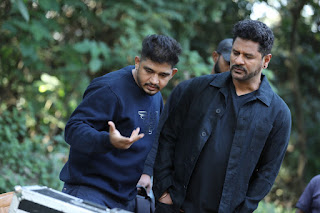 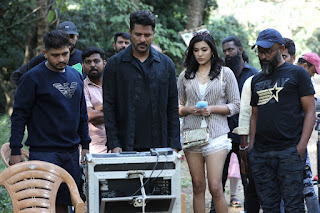 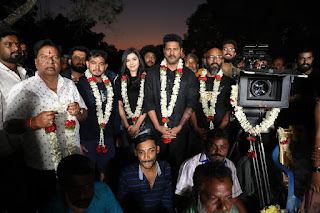 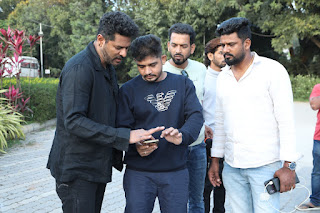 Director Vinoo Venkatesh, a former assistant of S J Suryah and director of Cindrella, said that movie will travel from a historic period to present.

"Wolf is a science fiction movie which will also have the concepts of witches and vampires. The film was shot in and around Pondicherry, Chennai, Bengaluru, and Andaman. Shooting has been wrapped up and post-production works are going on in full swing. We are planning to release the movie by the end of February or by early March 2023," Vinoo said.

Talking more about the title of the film, Vinoo said, "Both the antagonist and protagonist will have the characteristics of wolf. Which wolf triumphs over the other forms the crux of the story."

The movie is produced by N Sandesh and presented by Sandesh Nagaraj. Sandesh Nagaraj, an MLC from Karnataka and National Award winning producer, has bankrolled more than 20 films in Kannada including the movies of top stars like Shivaraj Kumar and Puneeth Rajkumar.

Music for the movie is by Amresh Ganesh, Arul Vincent has handled the camera, Lawrence Kishore takes care of the editing and Manimozhiyan Ramadhurai is in charge of the art department.

The movie will be released in Tamil, Telugu, Kannada and Hindi.

Shooting of 'Wolf' produced by Sandesh Productions, directed by Vinoo Venkatesh and starring Prabhudeva in the lead role has been wrapped up.

Posted by PadmaSabari at 23:54
Email ThisBlogThis!Share to TwitterShare to FacebookShare to Pinterest