Colors Tamil to present the World Television Premiere of Jiivi 2, a thriller based on

Colors Tamil to present the World Television Premiere of Jiivi 2, a thriller based on triangular theory for this weekend

Commencing post the Pongal season, Colors Tamil, Viacom18’s Tamil Entertainment channel is all set to telecast the World Television Premiere of Jiivi 2, this Sunday, January 22nd, 2023. The thriller is packed with some interesting twists and turns as the protagonist Saravannan's life restarts from where it left off at the end of the first part, as his fate gets pulled into a vortex of conflicts with Karma and past deeds. The racy thriller filled with suspense and what next kind of feel directed by Director V J Gopinath starring actors Vetri, Mime Gopi , Ashwini, Karunakaran and Rohini will be telecasted this Sunday, January 22nd 2023 at 2:00 pm.  Tune into Colors Tamil, to relish the world of mystery and suspense. 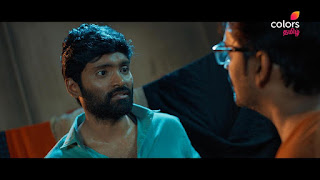 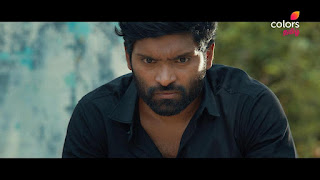 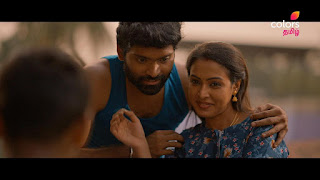 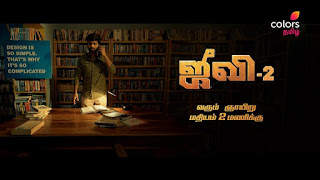 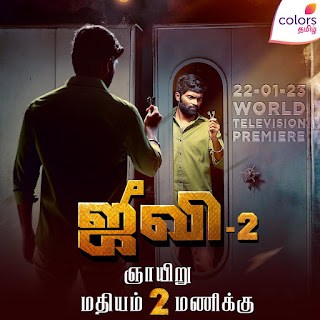 Starting off with the same mood Jiivi 2 whizzes past exploring the idea of synchronicity with its riveting theories related to a triangular concept of Karmas bouncing back and forth with some strong conflicts at every layer. Saravanan encounters series of challenges post getting hitched to his house owner’s daughter. The narration leads to some unexpected landmines of troubles leading to chaos. How the protagonist redeems himself from this complex chaos forms the rest of story.

Commenting on the occasion, Director VJ Gopinath  said, “We are very happy to bring about the story of this complex concept of synchronistic connect of events with the major focus of past Karma leading to other events to the audience of Colors Tamil. Many ifs, buts, whys and whats are part of this creative puzzle which has multiple layers to discover and solve. I am sure this thriller can keep everyone hooked till the end and people will definitely enjoy this sequel as it will constantly keep them guessing. “

Get ready to suspend yourself into this world of myriad suspense and thrill to catch the World Television Premiere of Jiivi 2 , this January 22nd , Sunday at 2:00 pm only on Colors Tamil.

Posted by PadmaSabari at 03:55
Email ThisBlogThis!Share to TwitterShare to FacebookShare to Pinterest